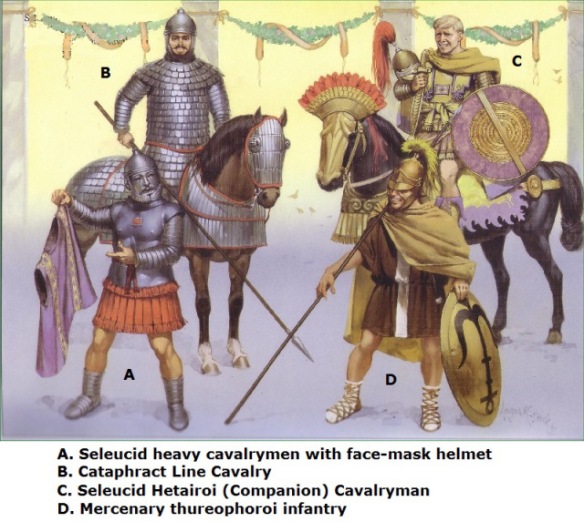 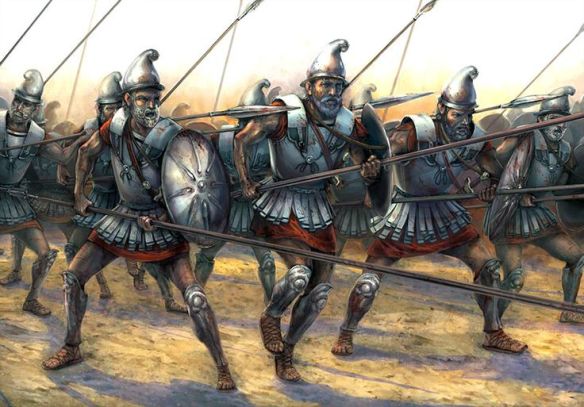 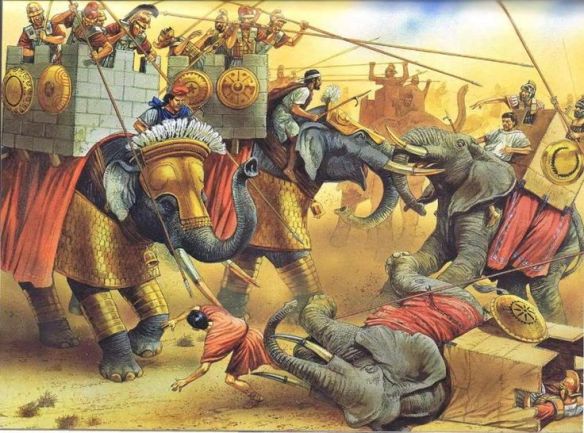 Alexander’s unexpected early death placed his recently conquered empire at the mercy of his squabbling generals. His heirs were few: Alexander left a half-brother, Philip Arrhidaeus, the mentally challenged, epileptic bastard son of Philip II, and an as yet-to-be born child behind. With neither of these choices capable of taking command of the army, now milling about in the middle of Mesopotamia, the generals reluctantly agreed to recognize Perdiccas, commander of the companion cavalry, as regent of Arrhidaeus. If the unborn child proved to be a son, they would recognize him as king. Almost simultaneous revolts by several Greek cities (led by Athens) and Macedonian veterans in Bactria were put down: civil war seemed to have been averted.

In fact, 323 bc was merely the calm before a storm of wars that would last for several decades and completely dissolve Alexander’s empire (although Hellenic culture left lasting legacies in nearly every part of it). The wars of the Diadochi (the “successors”) witnessed a conflicting, shifting web of alliances between Alexander’s former generals, some of whom wanted to reunify the empire and others who wanted to carve out their own. In this period of aggressive warfare conducted by veteran generals, army size grew, the ubiquitous pike lengthened (from 14 to more than 20 feet), and decorum vanished entirely from the battlefield.

The first war broke out in 322 bc when the question of succession in Macedonia created an armed conflict and when Ptolemy, named satrap of Egypt by Perdiccas, stole Alexander’s body for entombment in his own territory. Joining Ptolemy in rebellion were Antipater (regent of Macedonia) and his ally Craterus, Antigonus Monophthalmus (satrap of Phrygia, Pamphylia, and Lycia), and Lysimachus (governor of Trace). Perdiccas rushed to Egypt, sending Eumenes-one of the few who remained loyal to the notion of a united empire-to defeat and kill Craterus in Anatolia. Perdiccas lost the Battle of Pelusium in 321, however, whereupon his soldiers revolted and his lieutenant Seleucus killed him.

With the end of the war, Antipater of Macedonia seized regency of the entire empire and rewarded Seleucus by naming him satrap of Babylonia (Seleucus’s accomplices earned satrapies in Media and Elam), while Antigonus Monophthalmus (“one-eyed”) added Lycaonia to his territory.

This state of affairs lasted barely two years, during which Antipater died, naming a loyal officer named Polyperchon over his own son, Cassander, as his successor. Predictably, Cassander revolted. Ptolemy, eager to establish full independence for Egypt, joined him. They found a third, less likely, ally in Antigonus, who simply wished to take Polyperchon’s place. All three wanted Polyperchon and his charge, King Philip Arridaeus, removed. While Cassander took over Macedonia, Antigonus Monophthalmus faced off against Eumenes, who had been turned away by Seleucus at Babylon and retreated to Susa. Antigonus caught up at Gabae in 316 BC, defeated Eumenes, and killed him. Antigonus started throwing his weight around, convincing Seleucus to make a run for it. He found sanctuary with Ptolemy in Egypt.

Peace lasted for another two years, but when Ptolemy, Seleucus, Lysimachus, and Cassander formed an official coalition, Antigonus invaded Syria (held by Ptolemy). While he was busy besieging Tyre, Seleucus conquered Cyprus for Ptolemy. Antigonus now allied himself with his old enemy, Polyperchon, whose Peloponnesian holdings threatened Cassander, but while he and Ptolemy fought each other to a standstill in the Levant, Seleucus slipped away and regained control of Babylon in 312 BC. During 311, he reconquered Media and Elam and began a two-year, successful defense of his regained satrapy with Antigonus.

While Seleucus consolidated his eastern territories, the Fourth War of the Diadochi broke out in 307 bc when Demetrius, son of Antigonus, “liberated” Athens and stole Greece from Cassander. The following year he seized Cyprus, thus cutting both Cassander and Ptolemy off at the knees. Antigonus now declared himself king (Alexander’s heir), but this provoked the remaining Diadochi to assume royal titles for themselves. From 305 to 302, fighting concentrated in the Aegean Sea, but in 302 Lysimachus of Trace invaded the Anatolian possessions of Antigonus. This bold move nearly ended in disaster, for Demetrius, coming from Greece, and Antigonus, arriving from the east, surrounded him. Cornered in Ipsus, Lysimachus was rescued by the armies of Seleucus. The Battle of Ipsus was the decisive moment in the Wars of the Diadochi. The infantry of Antigonus and Demetrius outnumbered that of Seleucus and Lysimachus and the Anatolians fielded heavy cavalry while their opponents fielded light cavalry, but Seleucus had recently obtained five hundred war elephants from India, while Antigonus had only seventy-five. These allowed Seleucus to divide father and son, shattering their armies and their power. Although the Diadochi continued to scuffle over territory for another twenty years, the Battle of Ipsus closed the period of the Diadichi wars since it forever ended the hope of reconstituting Alexander’s empire.