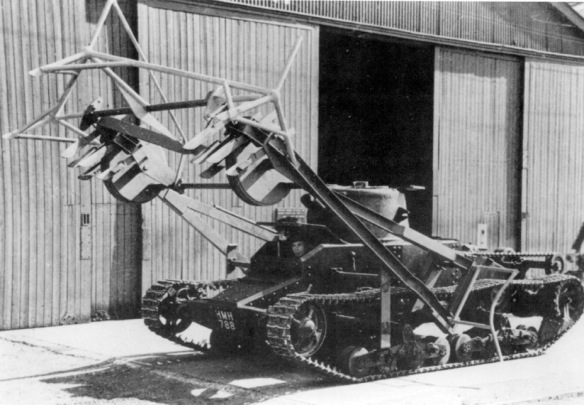 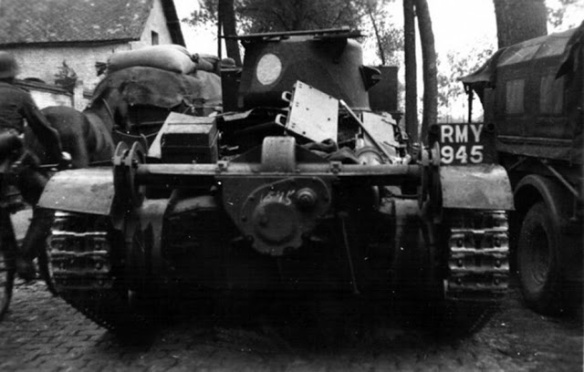 Chain drive installed on tanks that were equipped with the Fowler Coulter Plough.

The problem of clearing paths for tanks through minefields was appreciated as early as January 1937 and two devices, the Coulter Plough and Fowler Rollers, were designed for fitting to the Infantry Tank Mk I. The Plough was eventually chosen and tested on a production vehicle in 1939. It consisted of two pivoted girder arms, mounted on the hull sides and raised and lowered via chains from a power take-off on the rear drive shaft. The mine plow idea was considered so good buy the army that a decision was made to convert 70 tanks to use it. The device was never used in combat though provided experience for later adaptations of other vehicles. 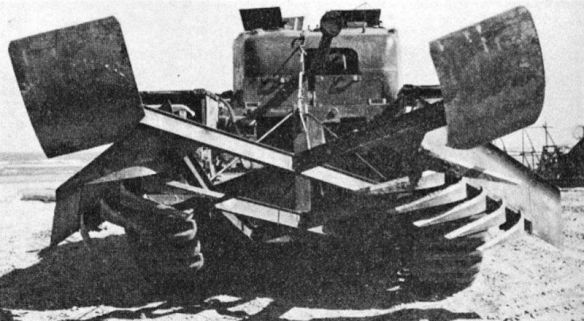 The first recorded combat use is by a “Bullshorn” plow on a Churchill tank of the British 79th Armoured Division, on Sword Beach during the Allied invasion of Normandy (this was one of “Hobart’s Funnies” specialized vehicles). The “Bullshorn” was just one of various designs of plow that were tested and used by the British.