The nature of warfare changed in profound and lasting ways in the period covered in this volume, in almost every arena: the weapons used, tactics deployed, strategies pursued, the scale and organization of land and sea forces, and the impact of warfare on states and societies. One thing that did not change was that making war remained an exclusively male pursuit, thus reinforcing gender inequalities and patriarchal modes of domination. Another was that, worldwide, the poor and subordinate did most of the fighting and dying. In 1450, European powers were roughly at par with the Ottomans, Chinese, and other major powers around the world. By 1750, European states commanded militaries of unprecedented violence-making capacities, qualitatively different than anything before.

The cumulative changes in the theory and practice of warfare over these three centuries have prompted scholars to speak of the Military Revolution, originating in Europe, that was both cause and consequence of the Scientific Revolution, the transition from feudalism to capitalism, the Industrial Revolution, the emergence of early modern nation-states, and the formation of overseas empires. Transformations in the scale and character of European warfare during this period marked a major watershed in world history and comprised one of the principal engines of modernity. For these reasons, this essay focuses mainly on Europe, the birthplace of modern conceptions and practices of warfare as practiced by states and militaries around the world today.

Weapons. The “gunpowder revolution” began in Europe in the mid-1400s, a development that would permanently transform the nature of warfare worldwide. Gunpowder, invented in China by the 900s and brought to Europe in the 1200s, soon became the key ingredient in a revolution in ballistic (projectile-firing) weapons. By the early 1300s, European smiths had developed hollow cylindrical barrels capable of firing spherical projectiles. Artillery makers quickly seized on the innovation, such that by the mid-1300s, early cannons firing stone balls became an important siege weapon, on par with centuries-old trebuchets. By the early 1400s, gunpowder technology was incorporated into a portable, hand-held ballistic weapon, the arquebus, forerunner of all subsequent types of small arms and rifles. Prior to this, the principal infantry and cavalry weapons consisted of pikes, spears, lances, swords, crossbows, bows and arrows, and other types of hand-held, human-powered thrusting, cutting, projectile, and trauma-inflicting devices.

Incremental refinements to the arquebus led to the matchlock musket in the early 1600s, fol- lowed by the flintlock musket, by the mid-1700s the principal infantry weapon in Europe and North America. In a gradual and uneven evolution, muskets did not displace pikes, bows, and other hand-held weapons but were often used in combination with them. Artillery, both land and naval, underwent a parallel transformation.

By the 1700s, stone projectiles had been gradually displaced by iron spheres. Exploding cannonballs were developed in the 1500s, though many technical problems limited their use until the 1800s. Rifling, which imparts a spin on projectiles and thus greatly increases their accuracy and range, was limited to small arms utilizing lead, which was malleable enough to accommodate the intended rifling effect. Rifled artillery did not appear until the mid-1800s. The gunpowder revolution also transformed the weapons of siege warfare, beginning with the petard (a kind of por- table bomb). From the 1420s heavy gunpowder artillery, first developed by France, spread rapidly throughout Europe. By the late 1400s wheeled artillery pulled by teams of beasts rendered castles and other fortifications far more vulnerable to siege. Cast bronze muzzle-loaded cannons, firing cast iron spheres of 12 to 24 kilograms, comprised the principal weapon of siege warfare from the early 1500s to the mid-1800s. 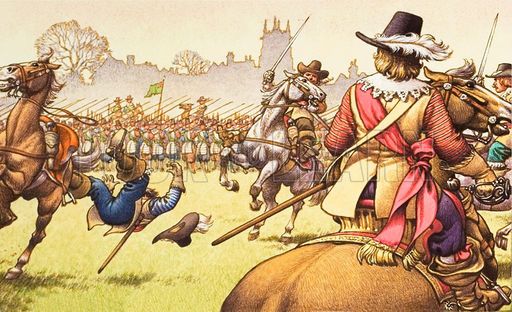 Tactics. All of these and many more technical innovations, based overwhelmingly on gunpowder technologies, led to major transformations in tactics, both on land and at sea. On land, the most effective tactical innovations combined mobility and firepower, and older technologies and techniques (pikes, bows, cavalry charges, etc.) with new ones. Emblematic here was King Gustavus Adolphus of Sweden (1594–1632), who creatively combined musketeers, pikemen, archers, heavy and light cavalry, field artillery, and diverse other weapons and specialized field units to forge one of the most formidable fighting forces of the early modern era. At sea, naval tactics were revolutionized both by improved shipbuilding technologies (which made sailing ships faster and more maneuverable), cannons, and new fleet formations. Representative of these shifts was the English defeat of the Spanish Armada in 1588, in which the Royal Navy combined speed, superior firepower, and disruptive tactics to defeat the 130-ship armada dispatched by King Philip II of Spain. 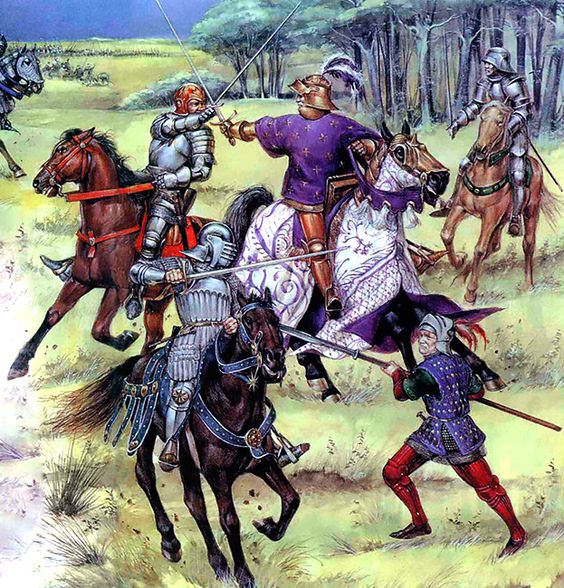 Strategy. As weapons and tactics changed, so too did strategy and strategic thinking. It is arguable that there have been no substantial contributions to strategic theory since the writings of the Chinese general Sunzi (Sun Tzu) from the sixth century b. c. e. in his tract The Art of War. Emphasizing stealth, surprise, deception, intelligence, mobility, nimbleness, exploiting the weaknesses in the enemy’s strengths, and avoiding battles in order to win wars, Sunzi’s writings did not begin to circulate in the West until the late 1700s. The first major strategic thinker of the modern era, Carl von Clausewitz (1780–1831), in his book On War (1832), encapsulated much of the strategic thinking that developed in Europe in the preceding centuries. The British strategy of achieving naval supremacy by trying to maintain a “balance of power” on continental Europe—in effect dominating the sea by pursuing policies intended to divide and wear down their enemies on land—is a good example of the era’s most successful kind of strategic thinking. Overall, the most effective European war strategists worked to develop ways to integrate more fully their national economies with their war-making capacities, to achieve the most effective combinations of older and newer weapons and technologies and to pursue both military and extra-military ways to weaken their enemies and strengthen their allies.

From the 1400s until the late 1700s, most European states built on the medieval practice of employing mercenary forces or private armies-for-hire (condottiere in Italian; Söldner and Unternehmer in German), at land and at sea, complemented by conscripts commanded by officers commissioned by nobles and sovereigns. Yet by the early 1800s, the era of mercenaries had largely ended, and national armies had become the norm. The reasons were complex, rooted in the risks entailed in hiring private armies (rivalry, rebellion, banditry), the relative advantages of mobilizing national populations, and the high costs of paying for war.

The cumulative effect of the more or less continuous warfare wracking Europe and its colonies from the 1450s to the 1750s was for state expenditures to grow dramatically and for states to expand their bureaucracies, extend their administrative reach, intensify taxation of their populations, and establish long-term structural relationships with merchants and capitalists. Just as states made war, wars made states. Some scholars argue that the dynamics set in motion by centuries of intensive military conflicts among early modern European nation-states created the preconditions for the emergence of republican forms of government, understood as a contractual relationship between states and citizens. Paying ever higher taxes, and serving in national militaries in ever higher numbers, men demanded something in return—namely, their rights, guaranteed by the state. Thus, Enlightenment notions of citizenship and citizens’ rights, some scholars argue, found their origins in the crucible of early modern European wars. Women, as non-taxpayers and excluded from military service, were also excluded from the attendant rights demanded by men, thus reinforcing patriarchal norms and gender inequalities relative to the state and within the broader society.

Warfare, Capitalism, Empires, and Local Responses. The Military Revolution in Europe was intimately linked to empire formation, the transition from feudalism to capitalism, the Scientific Revolution, the Industrial Revolution, the Enlightenment, and all of the other defining characteristics of the era. Precisely how this occurred remains the topic of much scholarly research and debate. So, too, is the process by which cultures and civilizations around the world responded to these novel methods of waging war. The Japanese, for instance, rapidly adopted gunpowder weapons in the 1500s only to close their society to Western influences from the 1610s and largely purge guns and cannons from the island’s repertoire of military technologies. In Mesoamerica in the early 1520s, the Aztecs suffered defeat in part because of their different cultural conceptions of warfare, in which capturing enemy soldiers, not taking enemy territory and destroying its state, was the principal goal. The ways in which people around the world responded to the European military revolution were as diverse as the world’s peoples.