An excellent article on a little known subject.

It is often forgotten today that, like defeated Germany, Austria was split up into four occupation zones after WWII. Just like Berlin in Germany, the capital Vienna was split up four ways as well. When the country reunified in 1955, it’s new army was equipped with an interesting mix of WWII weapons; both Allied and Axis, and both Soviet and American. 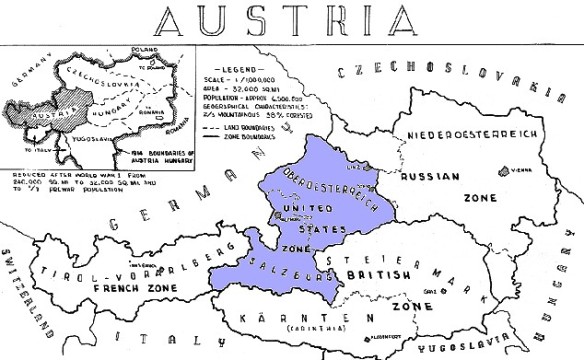 (A 1945 US Army map showing the four occupation zones, with the American zone highlighted.)

(A WWII-veteran M3 half-track of the Austrian army. The bumper plate states that it is a driver instructional vehicle.)