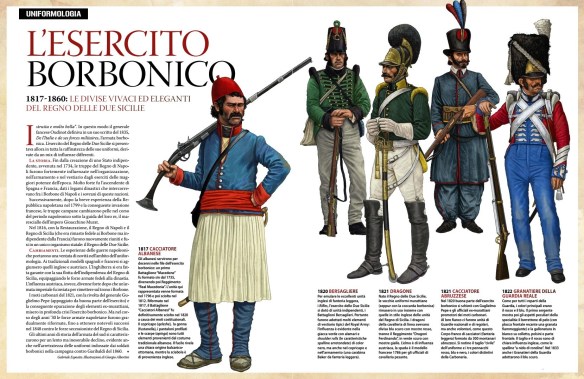 The general restoration of Europe’s monarchies that followed Napoleon’s defeat at Waterloo was confirmed by the Congress of Vienna (1815), and the exiled king of Sardinia was not forgotten. He recovered his lost lands, returned to Turin, and promptly attempted the restoration of the status quo ante. Yet post-Napoleonic Europe was very different from pre-revolutionary Europe. Many of the ideas spawned and exported by the French Revolution continued to circulate, posing a near-ubiquitous challenge to the natural conservatism of the restored monarchs. The ideas of ‘the nation’, endowed with a life of its own, and of the inborn right of its inhabitants to liberty, equality and social fraternity, were particularly strong, beginning to undermine the post-Napoleonic order as soon as it was established. Three parts of Europe where ‘the nation’ felt most excluded from politics were specially susceptible; and popular demands grew for the creation of nation-states on the French model. Poland, which had been carved up by three neighbouring empires, was to strive in vain throughout the nineteenth century to win back its independence; but Germany and Italy were to succeed where Poland failed. Germany was divided by the intense rivalry of Protestant Prussia and Catholic Austria; advocates of the German national movement, the Vormärz (‘pre-March’), could at first see no easy way to do so. Italy’s divisions were still more marked. The north was dominated by the Austrian Empire, which held onto both Venice and Milan; the centre was run by a gaggle of reactionary monarchs, including the Roman pontiff in his Papal States; and the south remained in the grip of the Bourbon Kingdom of the Two Sicilies. In face of the restored hereditary rulers, the advocates of the Italian national movement, the Risorgimento or ‘Resurgence’, did not possess a common strategy.

For Italian nationalism encompassed several competing interests. One wing placed the emphasis on cultural objectives, notably on education, the promotion of a single, standardized Italian language, and the promotion of national consciousness. The central figure in this was the Milanese writer, Alessandro Manzoni (1785–1873), author of the first novel written in standard Italian, I promessi sposi (The Betrothed, 1827). Another wing was dedicated to political radicalism. Here the central role was played by the secret and revolutionary Society of the Coalburners, the Carbonari, whose activities were formally banned; one of its members, a Sicilian soldier called Guglielmo Pepe (1783– 1855), launched the first of many abortive risings in Calabria in 1820. There was even a tradition of support for the Risorgimento by ruling monarchs; Napoleon’s stepson and viceroy in Italy, Eugène de Beauharnais, had set the example, which was followed by the emperor’s brother-in-law, Joachim Murat, when King of Naples. It seemed to create the perceived need for a political patron of established authority, who could curb the hotheads while giving heart to the moderates and negotiating with the powers.

The Kingdom of the Two Sicilies was widely regarded, in Italy as in the rest of Europe, as a place of sloth and squalor, of grandeur and poverty, a place where landless labourers kept themselves just alive by scratching the parched soil of distant noblemen, where street urchins in the city picked the pockets of wealthy tourists and bands of brigands roamed with impunity in the hills outside, a land exploited and oppressed by an indolent monarchy, a frivolous aristocracy and a swarm of grasping clergy.

This picture was inherited and preserved by generations of historians until recently the stereotype was re-examined. Then it transpired that the kingdom was not just a land of latifondi, of vast desiccated estates in the interior that contained little except scrub for goats and some thin soil for wheat. Naples may not have had the irrigation or the natural advantages of Lombardy, but it was not an entirely backward place; wheat yields there were higher than in the Papal States. As for the latifondisti, it emerged that they were not all absentee landlords frittering away the produce of their workers by living in luxury in the capital. The latifondo was part feudal and part capitalist, part social structure and part business enterprise. Owners used their lands to feed themselves and the people who lived there, but they often grew food for foreign markets as well. The exported produce of the Barracco family, latifondisti from Calabria, included liquorice, olive oil, fine wool and cacciacavallo cheese.

The state of industry in Naples has been similarly disparaged: travel accounts of the period leave the impression that the inhabitants had never heard of the spinning jenny or the steam engine. Yet a modernized textile industry, aided by a sensible tariff policy, existed in the Apennine foothills in the early nineteenth century; not much later, an engineering industry was established around the capital. Naples in fact enjoyed a number of industrial ‘firsts’. It possessed the largest shipyards in Italy, it launched the first peninsular steamboat (1818) and it enjoyed the largest merchant marine in the Mediterranean; it also built the first iron suspension bridge in Italy, constructed the first Italian railway and was among the first Italian cities to use gas for street lighting. Admittedly, not all these achievements were as impressive as they sound. Naples may have built the first railway, but it was a short one, and its construction did not lead to a rapid expansion of the network. Most of the other states soon caught up and overtook it: by 1860, when the whole of southern Italy had only 125 miles of track, Lombardy had 360 and Piedmont, after a slow start, possessed over 500.

A glance at its economic statistics reveals how separate Naples as a trading partner was from the rest of Italy. In 1855 85 per cent of its exports were sent to Britain, France and Austria, while only 3 per cent crossed the border into the Papal States; Neapolitan trade with Britain was three times greater than that with all the other Italian states added together. Feelings of separateness were not confined to commerce; Naples possessed its own remarkable legal system, widely regarded as superior to any other in the peninsula. Outsiders noticed that the place was different, a distinct, cosmopolitan entity, a kingdom (with or without Sicily) with an ancient history and borders which, almost uniquely in Italy, were not subjected to rearrangement after every war. Moreover, Naples itself was still by far the largest city in Italy – indeed the third-largest in Europe after London and Paris – and had been a capital since Charles of Anjou had established himself there 600 years earlier. It was the only Italian city, thought Stendhal, that had ‘the true makings of a capital’; the rest were ‘glorified provincial towns like Lyon’. Before 1860 hardly anyone contemplated the idea that the kingdom might be destroyed and its territory annexed by an all-Italian state; and little in the subsequent history of that state indicates that the Neapolitans would have been unhappier if they had been left to govern themselves.

In their propaganda Italian patriots of the nineteenth century identified the Neapolitan Bourbons as the chief home-grown tyrants and Austrian Habsburgs as their foreign equivalents. Yet even they were unable to convince themselves that the Grand Duchy of Tuscany was an oppressive state. It was governed by Ferdinand III, son of the great Peter Leopold and brother of the Austrian emperor whose armies had lost four wars against Napoleon and whose daughter had been sacrificed to the French emperor’s desire to beget an heir. Ferdinand’s return to Florence in 1814 did not lead to a persecution of bonapartists or to the abolition of reforms. As in the eighteenth century, Tuscany was a tolerant and civilized place that preferred Jews to Jesuits and welcomed exiles from Piedmont and from other states. Tariffs were low, censorship was feeble, and the armed forces were almost non-existent, though in an emergency the state could call for Austrian troops. Ferdinand was succeeded in 1824 by his son Leopold II, another benevolent ruler until the revolutions of 1848 converted him – along with Pope Pius IX and the King of Naples – to conservatism. In the early part of his reign he reduced taxes, carried out liberal reforms, encouraged science and returned to that perennially elusive project of Tuscan rulers, the draining of the Maremma marshlands on the Tyrrhenian coast.