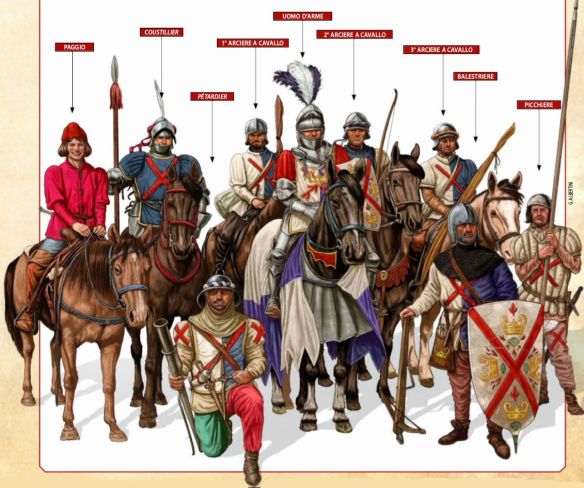 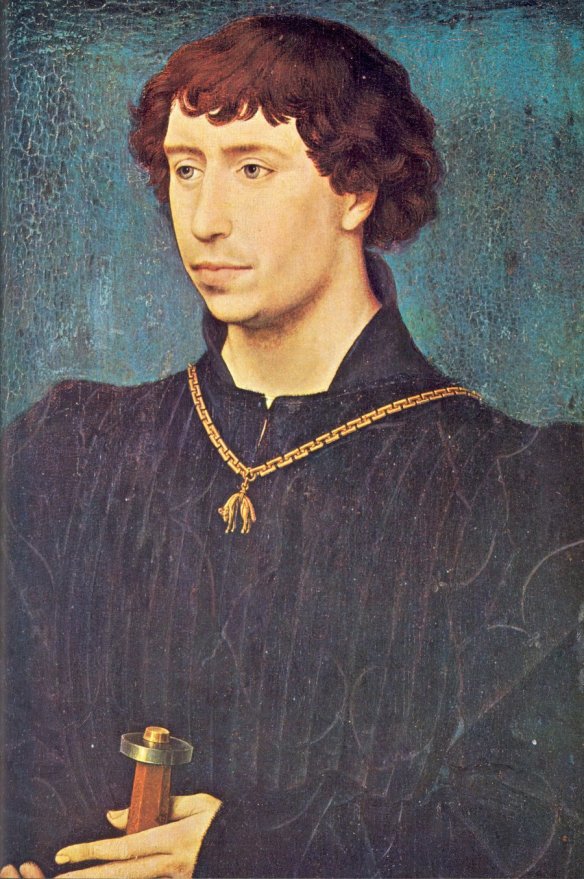 In spite of the huge loss to his army, Charles the Bold had again survived and was destined to suffer a third and final defeat against this same enemy. It happened at Nancy, the capital of the duchy of Lorraine, which had become a Burgundian possession in 1475. But the examples set by the duke’s defeats at Grandson and Mürten had encouraged a revolt, so that, by August 1476, Nancy was the only part of Lorraine still in Burgundian hands. During that month, Nancy was subjected to something of a half-hearted siege by Duke René of Lorraine. The first round went to the Burgundian garrison, who arranged for a messenger to be captured with letters on his person containing the false information that Charles the Bold was coming to Nancy’s relief. The besiegers were completely fooled and fled, leaving six carts of good Alsace wine behind them. It was a minor compensation for the booty of Grandson, but it proved to be only a temporary respite when the Duke of Lorraine rallied his men and restarted the siege.

On 25 September Charles the Bold set out with a relieving army, but by now he was too late to save them. The garrison of Nancy had capitulated, propelled towards that end by a mutiny among the English archers. All of Lorraine was now lost, so Charles’s advisers urged him very strongly to leave matters as they were and retire to winter quarters in Luxembourg. The bold duke ignored them, and laid siege to Nancy in October. It was a calculated risk, because the Duke of Lorraine was still without sufficient allies to challenge him, but Charles’s behaviour at the Siege of Grandson made the Nancy garrison that much more determined to resist. If, as they reckoned, they were all going to be hanged anyway, so much the better reason for trying to hold out to the last drop of blood.

Charles the Bold was certainly right about the lack of enthusiasm among his enemies to fight Burgundy, but an army of six thousand Swiss volunteers was collected at Basel on 15 December. Meanwhile the weather grew colder, and the Siege of Nancy became more and more unpleasant for both sides. The defenders were reduced to eating dogs, cats, rats and mice. On Christmas Eve four hundred Burgundian soldiers froze to death in the lines, and a certain Burgundian knight who suggested that Charles the Bold should be placed in a bombard and fired into Nancy was hanged for his impudence.

In a sad repetition of Mürten, Charles the Bold refused to accept that an enemy army was marching towards him, but advancing they were – albeit slowly due to the wintry weather. The Swiss contingent had left Basel on 19 December, but had suffered casualties on the Rhine when a drunken soldier fell overboard and the rush of his comrades to the side made the boat capsize. The main body of Swiss set out on 26 December and advanced through Alsace, making a point of attacking Jews on the way and looting their property. It was not long before they had joined the other allies of the Duke of Lorraine, beside whom flew the banners of Duke Sigismund of Austria and the bishops of Basel and Strasbourg.

It was 5 January 1477 when Charles finally became convinced that a relief army was marching towards his siege lines. He evacuated the bulk of his army from the siege trenches around Nancy, and drew them up in a defensive position across the approach road. From this location Charles the Bold commanded his army of five thousand frozen, exhausted, demoralised and unpaid men, and prepared to receive an attack from an enemy four times the size, in which were many veterans of Grandson and Mürten.

It was snowing heavily when the battle began. Visibility was very poor, and the first sign of Burgundian life that the allied army came across was a scout who was in a church tower acting as a lookout. He was thrown to his death. The allies responded to the menace from Charles the Bold’s artillery by a wide flanking move to their left, which involved an awkward march over broken ground and across frozen streams. The whole manoeuvre was carried out in secrecy, partly because of the weather and partly because Charles had not sought to patrol or reconnoitre a long ridge which concealed their movements. Soon after midday the alpenhorns sounded, just as they had at Grandson. The knights on Charles’s right flank began to give way, and once again the artillery were powerless to support them. A frontal assault followed, and for the third time a Burgundian army was in full retreat. This time, however, there was a difference – Duke Charles himself was in the thick of the rout and every man in the allied armies was after him. A chronicler described the scene, which had many echoes of Mürten:

On the next day and for three days afterwards the peasants were still killing the fugitives along the roads as far as Metz so that, for five or six leagues on the way towards Metz, one found nothing but people killed and stripped by the roads. At that time it was freezing and it was more horribly cold than ever, so that many of those who hid died of hunger, of cold and of discomfort.

The snow-filled moat around Metz soon became filled with a frozen multitude begging to be allowed in. When the gates were opened a panic ensued as they crawled and crushed their way to safety. Back at Nancy, the victors found the mangled body of Charles the Bold, Duke of Burgundy, after two days of carefully searching the battlefield. A blow to the head had killed him after he had been dismounted in the flight. His corpse had been stripped of its jewels and his face was half eaten away by wolves, but knowledge of the location of his past battle scars provided a positive identification.

Thus did the fourth and last Duke of Burgundy lose his life’s blood at Nancy, along with his courage and the treasure that had already disappeared on the fields of Grandson and Mürten in that fateful and memorable year of 1476. His enthusiasm for military innovation had been unable to save him from three defeats and an early death at the hands of an apparently primitive army. There can be few other examples in history of such a David-and-Goliath struggle, where a comparatively small organisation like the Swiss confederacy overthrows a larger one so completely that it disappears for ever. The heir of innovation had betrayed his forebears by his own incompetence, but had thrust into the limelight a very different set of innovators, whose clumsy weapons promised a very different sort of military revolution.