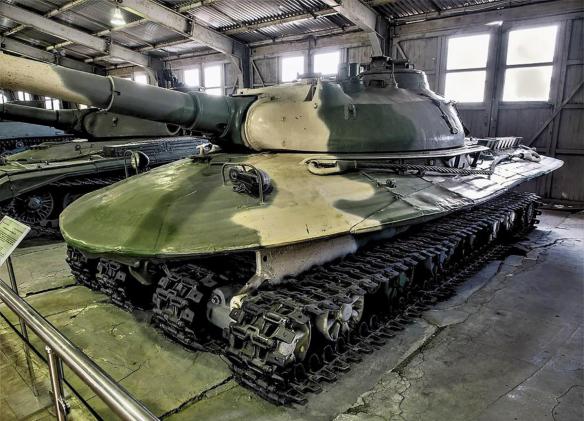 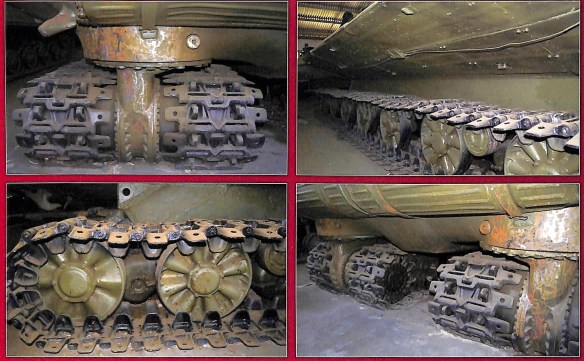 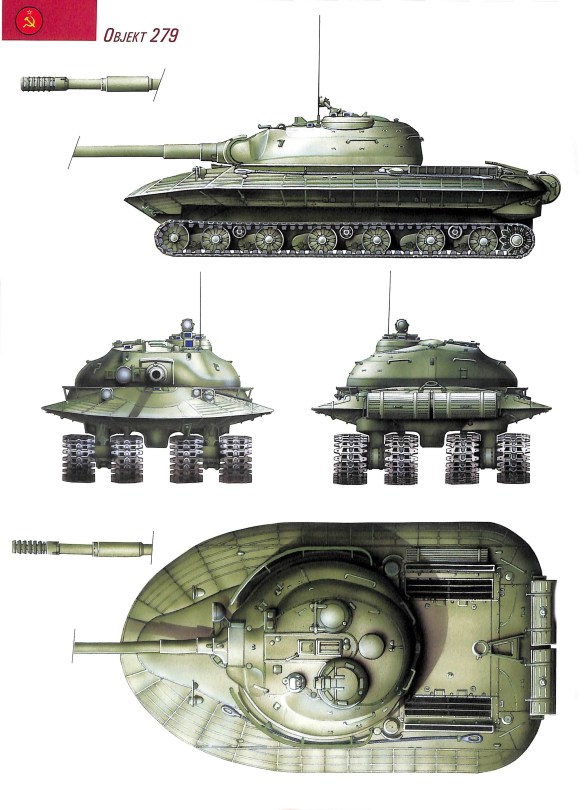 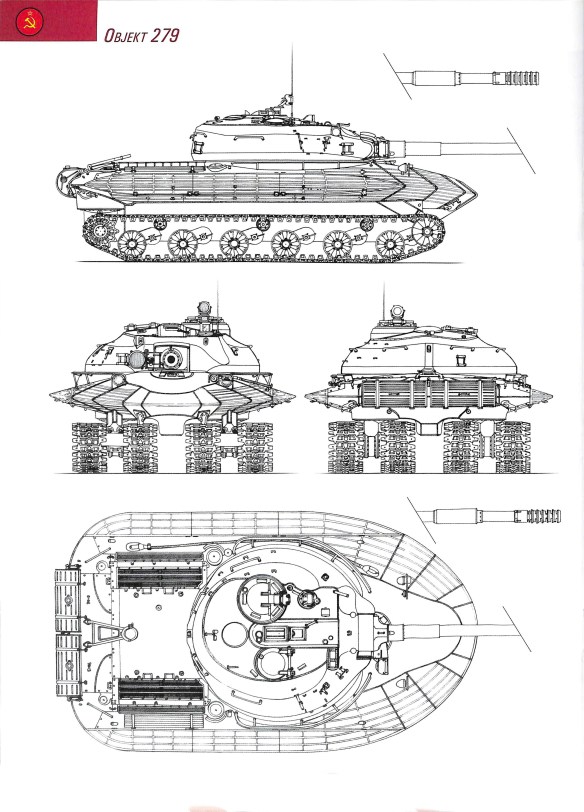 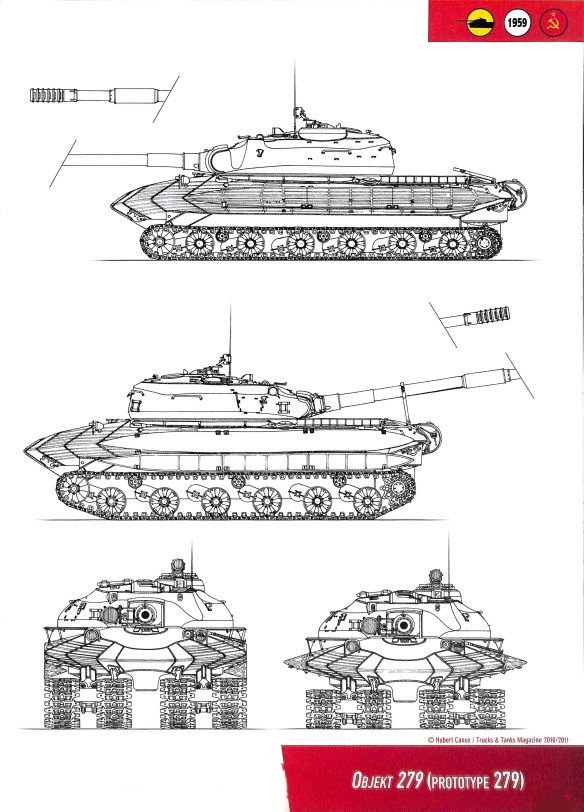 In 1957, a group of engineers, headed by L. S. Troyanov, developed a prototype of a new heavy tank, named “Object 279“. This was a very unique vehicle. The tank had a classic layout, but the problem of protection was solved by an unusual design feature. The hull of the tank was covered by a thin elliptical shield. That shield protected the tank against HEAT ammunition and to prevent it from overturning during a nuclear explosion.

Another unusual feature of the tank was the chassis. It consisted of four tracks combined in pairs. Such construction increased the tank’s height, but guaranteed that the tank would rarely get bogged down. The tank also had great tractability on snowy and swampy terrain. At the end of 1957, a single tank had been built, but after that the project was abandoned. The “Object 279” is now displayed at Kubinka.