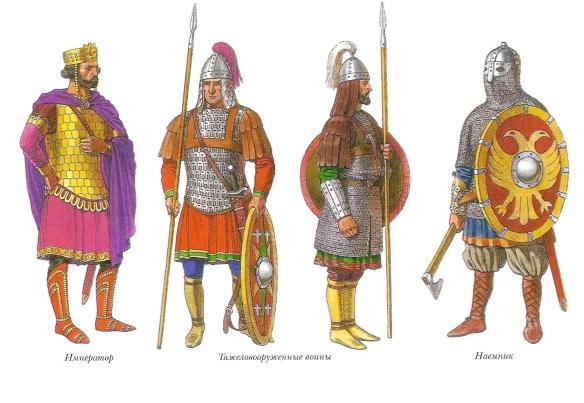 The empire reached its largest medieval territorial extent under Basil II, who is considered by many to have been the greatest Byzantine emperor. While the view of Basil as a perfect sovereign who was wise in counsel and indomitable in war is largely a function of his effective propaganda, his campaigns against Bulgaria led to the annexation of vast territories in the Balkans and carried Byzantium to the apex of its medieval prestige and glory. He proved to be the bane of the Bulgars, in particular, and though the statement of the historian Skylitzes that he campaigned annually against them is exaggerated, Basil vigorously pursued their subjugation. Since the seventh century, when the Bulgars first settled between the Danube and the Balkan Mountains, the Byzantines and Bulgars had fought one another for control of the region. Severe clashes were interspersed with periods of simmering peace. In 708 Justinian II suffered defeat at Bulgar hands at the first Battle of Acheloos, but Bulgar allies played a critical role in staving off the Muslim attack on Constantinople in 717–18. Although imperial forces scored several important victories throughout the eighth century, the emperors could neither dislodge the Bulgars from their homeland, nor bring them under Byzantine political domination. In 811, the major expedition of the emperor Nikephoros I, the largest in centuries, met with disaster—the Bulgars destroyed the army, killed the emperor, and mortally wounded his heir. Though periodic conflicts followed, peaceful relations between the two powers dominated the ninth century, when the Byzantines were increasingly focused on the east and the Bulgars faced Frankish expansion and threats from the steppe.

Upon his ascent to the throne, the khan Simeon (893–927) pursued hostilities with Byzantium in the hopes of becoming emperor of a unified Byzantine-Bulgar realm. In 917, at the second Battle of Acheloos (Anchialos), Simeon’s forces ambushed and crushed the divided military command of Leo Phokas assisted by the fleet of Romanos Lekapenos. Simeon warred against the Romans for the rest of his reign and hostilities continued under his son and successor, Peter I (927–69), who suffered from the Byzantine-Kievan Rus’ alliance negotiated by Nikephoros Phokas. The invasion of Sviatoslav, prince of Kiev culminated in heavy Bulgar defeats in 968 and 969. Under John Tzimiskes, the Byzantines drove out their former Rus’ allies after their victory at the Battle of Dorostolon in the summer of 971. From this point on the Byzantines claimed rule over Bulgaria, but it would take decades of hard fighting for the empire to wear down their opponents and establish peace.

Following his suppression in 979 of the attempted usurpation of the Anatolian military magnate, Bardas Skleros, the young Basil II (he was just twenty-one at the time) sought to win his spurs against the Bulgars. Basil led a large imperial army northwest and struck Serdica (modern Sofia) and thus cut the Bulgar kingdom in half. The historian Leo the Deacon was present during the expedition in which Basil sieged Serdica for about three weeks but could accomplish nothing, allegedly due to the inexperience of his soldiers and the incompetence of the senior commanders. Clearly Basil was in large measure to blame—in all likelihood he excluded from the campaign seasoned veterans of the eastern wars who had fought for Tzimiskes a decade prior; perhaps these men had backed Bardas Skleros in his rebellion and consequently were stricken from the rolls. Whatever the case, as the army withdrew the Bulgars ambushed the Byzantines and routed them in a defile near present Ihtiman, in western Bulgaria. The imperial forces suffered heavy losses and withdrew. Little was accomplished in the war with the Bulgars since Basil, as a consequence of his internal military policies, faced renewed opposition from the Anatolian magnate families.

Only in 1001–5 could the emperor return to the theater. He made great gains, capturing Serdica in 1001 and besieging Vidin in the northwest of the kingdom at the confluence of the Sava and Danube rivers. In subsequent years Basil methodically campaigned, reorganized the political landscape by establishing Byzantine administrators, and undermined Tsar Samuel (997–1014) by dislodging his followers. In 1005 the Byzantine diplomatic offensive yielded the greatest of the low-hanging fruit of Bulgaria with the handover of Dyrrachium on the Adriatic by the influential Chryselios family who had previously acknowledged the overlordship of Samuel. Basil’s efforts in 1001–5 returned to imperial control the major trans-Balkan road, the ancient Via Egnatia, and provided the Byzantines a coherent strategic front on Bulgaria’s southern flank.

No sources detail action between 1005 and 1014, but when we next see the emperor in action, in 1014 at Kleidion, Basil faced a Bulgar army that blocked the passage of his army as it marched from the valley of the Strymon River in eastern Thrace to the valley of the Axios (Vardar). Samuel’s men had built a series of ramparts that blocked the trunk road between lofty mountains that led from Thessaloniki to Niš. Basil’s troops repeatedly assaulted the Bulgar earthworks, but the enemy repulsed these attacks and hurled missiles at the Byzantines from above. Basil was about to give up and depart for Roman territory when Nikephoros Xiphias, Basil’s senior commander and active campaigner with the emperor since 1001, hatched a plan: Basil’s forces would continue to attack the Bulgar wooden palisades while he picked infantry and led these troops to the south. Xiphias’s men pushed through the heavily wooded mountains and, via unknown trackways made their way to the Bulgar rear. On July 29, Xiphias fell upon the Bulgars from the heights behind them. Samuel’s men broke and fled as the Byzantines dismantled the makeshift fortifications. A vast number of Bulgars, said by contemporary sources to number as many as 15,000, were taken prisoner. The historian Skylitzes states that the emperor blinded these men and sent them back to Samuel with one-eyed leaders for each hundred men. Blinding was a treatment reserved for rebellious subjects, and this incident, apocryphal or not, shows Basil’s determination to bring to heel the Bulgar state and reflects the view of the emperor and those who later retold the story: the lands from Thrace to the Danube belonged to the empire. Although the final annexation of Bulgaria came in 1018 only after four years’ hard campaigning, the incorporation of the Bulgar realm within Byzantium was given its final impetus by the victory at Kleidion.