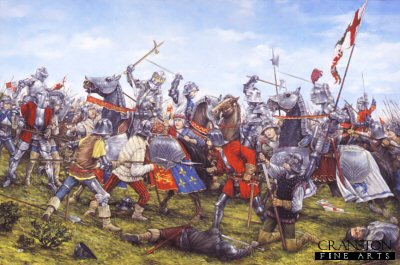 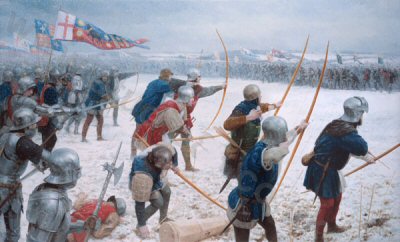 In recounting how Lady Margaret had wept at her son’s coronation, Fisher makes it clear that she did so from foreboding rather than joy. Many people in the north and in Wales, who had done very well under Richard, disliked the new regime. So did the English-speaking Irish of the Pale, traditionally loyal to the House of York. In the Low Countries the late King’s sister, Margaret of York – ‘mine old lady of Burgundy’ – was ready to welcome any of his former supporters who were in need of a refuge or who required a base from which to launch an invasion of England.

During April 1486 Sir Humphrey Stafford tried to raise his native Worcestershire against Henry VII while Lord Lovell, once King Richard’s Lord Chamberlain (‘Lovell our Dog’), attempted a rebellion in the North Riding. However, their candidate for the throne, the Earl of Warwick – Clarence’s son – was a prisoner in the hands of Margaret Beaufort, and they failed to win any significant support. Sir Humphrey Stafford was dragged out of sanctuary and beheaded, though Lovell got away.

On 19 May Lady Oxford wrote to her husband’s old ally, John Paston, in his capacity as Sheriff of Norfolk and Suffolk.

I am credibly informed that Francis, late Lord Lovell is now of late resorted to the Isle of Ely to the intent, by all likelihood, to get him shipping and passage in your coasts, or else to resort again to sanctuary if he may. I therefore heartily desire . . . that ye in all goodly haste endeavour yourself that such watch or other means be used and had in the ports and creeks . . . to the taking of the same late Lord Lovell. And what pleasure ye may do to the King’s Grace in this matter I am sure is not to you unknown.

The Countess had good reason to dislike Yorkists, but despite all her precautions Lovell succeeded in escaping to Burgundy.

Early in the spring of 1487 a priest brought an Oxford organ-builder’s son called Lambert Simnel to Dublin, pretending that the boy was the Earl of Warwick. Lambert was immediately hailed as king by the Irish Chancellor, Sir Thomas FitzGerald of Lackagh, a brother of the Earl of Kildare who was the most powerful man in Ireland. The FitzGeralds quickly contacted the Yorkist dissidents who had taken refuge in Flanders. Their leaders were Lord Lovell and John de la Pole, Earl of Lincoln, whom Richard III had recognized as his heir presumptive. The Yorkists and the FitzGeralds agreed that they should invade England together as soon as possible. They were warmly encouraged by Margaret of York who, according to Vergil, ‘pursued Henry [VII] with insatiable hatred and with fiery wrath never desisted from every scheme which might harm him’. She gave them money and troops.

On Whit Sunday 1487 (24 May) Lambert, after having been recognized formally as its sovereign by the Irish Parliament, was crowned and anointed as ‘King Edward VI’ by the Archbishop of Dublin in Christchurch Cathedral. No proper crown was available so a diadem was borrowed from a statue of the Virgin. Another important Irish prelate, the Dominican Bishop of Meath, preached the coronation sermon.

Always on the alert, despite conflicting information from his many spies, Henry VII had already begun to suspect that a Yorkist invasion was imminent. His first concern was for the safety of the Queen and his mother. ‘We pray you that, giving your attendance upon our said dearest wife and lady mother, ye come with them to us’, he wrote urgently to the Queen’s chamberlain, the Earl of Ormonde.7 On 13 May the King summoned Lord Oxford to Kenilworth Castle, to discuss how they should prepare for the looming campaign.

By that time Lord Lovell and the Earl of Lincoln had landed at Dublin with a band of Yorkist diehards. They were accompanied by 2,000 Swiss and German mercenaries under the renowned Colonel Martin Schwarz (once an Augsburg cobbler), who had been hired by ‘mine old lady of Burgundy’. Reinforced by the FitzGeralds, they sailed across to Lancashire, landing on the Furness peninsula, not far from Lancaster, on 4 June.

The Yorkist strategy seems to have been to march as far south as possible after crossing the Pennines before giving battle. Although the citizens of York failed to respond to a letter sent to them from Masham by ‘Edward VI’, and beat off an attempt to occupy their city by the two Lord Scropes, the Earl of Lincoln was surprisingly confident. Probably he was counting not only on the excellent quality of his troops but on the intervention of secret allies as at Bosworth once the two armies were engaged. Nothing else can explain his extraordinary optimism. Vergil was convinced that Lincoln (who may have planted Lambert Simnel on the Irish) was planning to seize the throne for himself as soon as Henry VII had been defeated. But Lambert was far too unconvincing a pretender to win much support, and no more than a score of knights and squires joined the Yorkists. Moreover, as a commander Lincoln was scarcely in the same league as the Earl of Oxford.

Christopher Urswick brought King Henry the news that the Yorkist expedition had landed in Lancashire. Although no overall figures are available, it is clear that the King had sufficient support from his magnates to be able to assemble an impressively large army. Vergil names more than sixty gentlemen of substance who served in it, and afterwards an unprecedented number of knights were created. It included 6,000 men provided by the Stanleys alone, the King’s stepfather sending every retainer and well-wisher he could muster under his son, Lord Strange. Among the other peers who rallied to the King was William Hastings’ son Edward, who had been restored to his father’s barony and estates. Archbishop Morton, accompanied by his nephew, the Bishop of Worcester, brought a substantial force of retainers and of tenants from his wide estates. So did the Courtenay Bishop of Winchester.

The Archbishop of Canterbury and the Bishops of Worcester and Winchester were the first prelates to bring troops to a battle during the Wars of the Roses. However, it will be remembered that Dr Morton was no stranger to battlefields and might even be described as a veteran campaigner. He had been present at the second St Albans and Towton, had been besieged in the grim Northumbrian sieges of the 1460s, had been taken prisoner at Tewkesbury, and had been amid the collapse of the Duke of Buckingham’s disastrous rebellion four years before. Although nearly seventy by now, John Morton was leaving nothing to chance – he did not underestimate the danger from the Yorkists. He rode with his troops as far as Loughborough in Leicestershire before handing over command to his nephew, Robert. They were going to fight in the front ranks, in Lord Oxford’s contingent.

As Professor Ross stresses, the battle about to take place could have gone either way. Treachery might have lost it for Henry VII just as treachery had lost Bosworth for Richard III. Obviously the King suspected some sort of plot. There can be no other explanation for his ordering Oxford to place the Marquess of Dorset under arrest before he could join the royal army.

Despite being outnumbered, Lord Lincoln, the enemy commander, was only too eager to give battle. At 9 a.m. on 16 June the Yorkists, about 9,000 strong, engaged the royal army which was in three columns drawn up in echelon (one behind the other) outside the village of Stoke, a few miles from Newark. Schwarz’s landsknechts were obviously professionals to their fingertips, while Lincoln’s followers and the Irish gentlemen were well armed. However, the barefooted, saffron-shirted Irish kern who formed the bulk of their force were a different matter, being without any form of armour and equipped merely with axes, long knives and javelins.

The Earl of Oxford commanded the King’s vanguard or front column, which alone engaged the enemy. Clearly Lincoln’s men fought with great courage, but the unarmoured Irish suffered appalling casualties, one report saying that 4,000 of them were killed. Eventually Oxford won the day with a final determined charge. Schwarz’s men fought to the death by the side of their colonel. Among the many other casualties were Lincoln and Sir Thomas FitzGerald. Lord Lovell – King Richard’s old friend – was last seen swimming his horse across the River Trent.

The Yorkist diehards would never again dare to challenge the Tudors in armed confrontation, and they went underground. Yet their cause was far from dead. Nor had Henry’s victory been a foregone conclusion. Northern noblemen had joined the rebellion, such as the two Lord Scropes, while the Bishop of St Asaph, Dr Richard Redmayne, was suspected of involvement. Significantly, when a mistaken rumour that Henry had been defeated reached London, riots broke out in favour of the Earl of Warwick. A City chronicler tells of ‘false Englishmen . . . which untrue persons said that the king was lost and the field was lost’. Yorkists emerged from their sanctuaries to attack royal officials, shouting that Warwick was King. If the Earl had been old enough and of the same calibre as his uncles, he could have escaped from the Tower of London, and there might easily have been another Yorkist restoration.