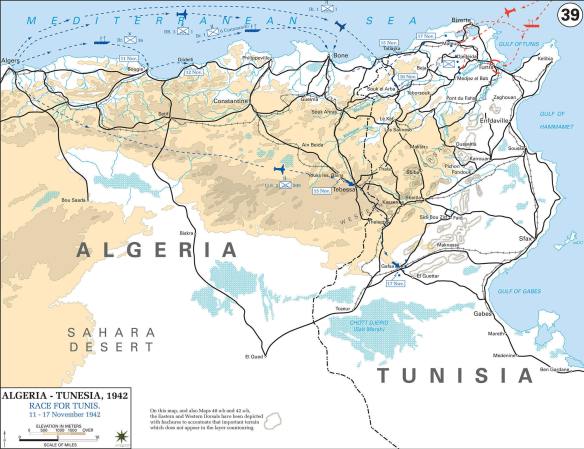 High above the island of Malta, Australian Flight Lieutenant Bill McRae of 104 Squadron RAF wrestled with the controls of a twin-engined Wellington bomber. He was taking off to raid Sicily’s capital and major port of Palermo. In gusty winds and low cloud, groaning and creaking in its slow climb, the bomber dropped then surged upwards. Bill recalled that:

Shortly after take-off we ran into turbulent cloud. Our course was over the sea on the east of Sicily, then a turn west through the straits of Messina and along the northern Sicilian coast to Palermo.

At the outbreak of the Second World War, Bill McRae was working for the Bank of New South Wales in the UK. As there were no Australian forces in Britain, he first joined the Royal Artillery before transferring to the RAF to train as a pilot. On completion of his training he had flown the new Wellington Mk VIII torpedo-bomber to Cairo, and later he was posted to Malta. On that night bombing raid to Palermo, despite the increasingly poor weather, Bill was aware of the pressure to get the job done.

As we approached the north coast of Sicily, the cloud cleared and we were able to identify some islands, and work out the bombing run. We circled off the coast at 10,000 feet until ‘blitz’ time, then hugged the shoreline towards the target, Palermo Harbour.

I began to lose height down to 8,000 feet, and increased speed to 160 knots. With the nose down I had a good view, and saw a ship moored at the wharves. At first there was not a lot of flak. We had no trouble in identifying the target and let the bombs go in one stick.

Then I opened the throttles, and with the engines screaming at maximum revs, did a steep climbing turn, trying to get through the flak bursts, which were now targeting the aircraft. When we were back to 8,000 feet, I eased back on the throttles, and pushed the nose down to level off.

Both engines suddenly cut out. In that instant, it seemed that time stood still. It flashed through my mind that we had been hit. Then, after a couple of seconds, the engines picked up.

As usual, when getting clear of a target, Bill found his mouth had gone completely dry. In another operation for McRae and his crew, to cut off German supplies, the target was the port of Sfax in Tunisia.

We took off in daylight, at 1700 hours, and I was delighted to be at the controls of a Wellington, which I was very familiar with from our Egypt based operations. We flew south low over the sea and then turned 90 degrees right towards our target. It was dark as we neared Sfax, and we were able to pin point our position on some islands to the east of the town. We had climbed to 6,500 feet and Ian had obtained the wind for the bombing run. The weather was clear and the buildings in the port were easy to identify.

As we began our run in exactly on the ‘blitz’ time, another aircraft dropped a string of flares. Ian did a couple of bombing runs, and with no guns firing at us, he thought he was back home on a training exercise. Turning over the sea for another run, with the light from the flares we spotted a ship a few miles off shore. We circled round to line up on it but the flares went out. We had our own flares, but Ernie found there were problems with their ripcords not working, which should pull off a cap, and arm the flare. I even took the laces out of my desert boots, and sent them back to Ernie to see if that would help. He launched three more, but none of them lit up.

That ship had a lucky escape. We returned to Sfax and got rid of the remaining bombs. On the way home the aircraft ran like a bird. It seems she must have known it was her last trip, as she went missing the next night along with its pilot, my good friend Flight Sergeant Iremonger, and crew.

The raid by Bill McRae and 104 Squadron RAF on Palermo was just one of many in early 1943 in the elusive search to gain final victory over Axis forces in North Africa. In late-March and April 1943 the bombing raids on infrastructure, supply, Luftwaffe bases, Tunisian ports such as Sfax, Sousse, Bizerte and the capital Tunis, and those in Sicily and southern Italy, were being intensified.

Over the Tunisian battlefields DAF fighter-bombers were no less active. On 7 April No. 3 Squadron RAAF of 239 Wing RAF received orders to undertake bombing and strafing operations against extensive German troop convoys withdrawing towards Tunis along the road from Gafsa to Mezzouna. The convoys were believed to include 10th and 21st Panzer Divisions. Flying Officer Tom Russell and Flight Sergeant Rod McKenzie flew two of the squadron’s Kittyhawk fighter-bombers on the second of their four missions that day.

We carried six 40lb anti-personnel bombs. Each had a stick about 18 inches long sticking out from the nose, so that they would explode above the ground. In the bombing run we encountered Breda 20mm anti-aircraft gun fire. We claimed four direct hits on vehicles and three near misses, but it was impossible to be sure whose bombs did the damage.

We then turned and came back on strafing runs against the convoys. On my fourth strafing run, just as I crossed the road, I received some strikes on my starboard wing, and some on the fuselage just behind the cockpit. I looked down and saw that the anti-aircraft fire was coming from a gun emplacement. After gaining some height I dived to attack and after a couple of bursts, the fire from the gun post stopped. My report shows that I claimed a gun post, and my log book that I also claimed a troop-carrier.

Details of Sortie or Flight: A/C [aircraft] headed north, and flew over sea towards Maharis then turned in over land, where 40 M/T were seen on the main coast road, and bombed accurately at P/P. U6513 – 4 direct hits and 3 near misses were scored on the road. Slight Breda fire encountered. No E/A (enemy aircraft) were seen or reported.

One of the other missions that day was led by Squadron Leader Bobby Gibbes, and the squadron’s Operations Record Book shows:

Details of Sortie or Flight: A fair concentration of 40+ M/T was bombed, getting one M/T flamer, then strafed with the resulting total strafing claim, 6 M/T destroyed, 16 damaged and 20+ bodies. Medium heavy accurate anti-aircraft and Breda fire was encountered.

A total of twenty-seven pilots flew on the four missions that day, in forty-five individual sorties. No pilots were lost.

It is thought that Colonel Count von Stauffenberg, who drove up to be with the leading tanks and troops of 10th Panzer Division near Mezzouna, may have been wounded in these strafing attacks. He lost his left eye, his right hand, and two fingers on his left hand and, after evacuation, spent three months in hospital in Munich. Later, he was one of the leading members of the failed plot of 20 July 1944 to assassinate Hitler, for which he was executed.

From 25 April the squadrons of 239 Wing of the DAF were thrown into a concentrated anti-shipping campaign, to prevent supplies reaching the beleaguered Axis forces in Tunisia. The Kittyhawks of 3 and 450 Squadrons RAAF would dive from up to 10,000 feet to release a 500lb bomb, sometimes as low as 1,000 feet depending upon the intensity of anti-aircraft fire. Between mid-April and 9 May 3 and 450 Squadrons made 840 sorties against Axis shipping.

Because of the consequent massive destruction of seaborne supplies, by the end of March air-transport flights by the Luftwaffe had increased to around 150 per day between Sicily and Tunis. With a Junkers Ju52 transport able to carry two and a half tons and the giant, six-engined Messerschmitt Me323 more than ten tons, it was estimated they could provide up to a third of the Axis’ daily supply needs. To choke off the enemy’s last remaining lifeline, Operation FLAX was launched at the beginning of April.

Bombers from the North West Africa Strategic, Tactical and Desert Air Forces intensified their raids on the Axis air bases while fighters were thrown in to intercept transport aircraft on the air routes. On 10 and 11 April Operation FLAX began to pay huge dividends, when P-38 Lightnings of the US Twelfth Air Force claimed no fewer than fifty of the Ju52/3m tri-motor transports. Yet even worse losses for the Luftwaffe were to come.

Over Cape Bon on 16 April Neville Duke was flying with two other Spitfires of 92 Squadron RAF when he sighted a formation of eighteen enemy transports flying near to sea level. They were the three-engined Savoia-Marchetti SM.82s. Duke called his leader and then turned into an attacking dive. Because of his speed Duke only managed a short burst on his first target aircraft. He closed on a second Savoia, slowing his speed so that his cannon shells raked the length of its fuselage.

After pulling his Spitfire narrowly over the top of the Savoia he saw it quickly plunge into the sea. Duke also claimed a second SM.82, to reach eight victories in North Africa. Once again Duke’s flying skills were lethal, and he seemed to be indestructible. While five Savoia SM.82s were shot down in the encounter, luck ran out for Wing Commander ‘Widge’ Gleed of 244 Squadron who was lost.