Looming majestically in the Zuffenhausen forecourt, Porsche’s Skoda-built Type 175 was created to duplicate on the Eastern Front the artillery-shifting achievements of Austro Daimler’s Goliath in the First World War.

With the war in Russia dragging on into a second year, the HWA asked Ferdinand Porsche to design and build a modern version of the high-wheeled Austro-Daimler M 17 Goliath tug that had been so successful both in the First World War and afterwards. Fully briefed, Karl Rabe began to delineate its characteristics on Monday, 26 January. He entered it in his log as the Type 175, known as the Radschlepper Ost or ‘Wheeled Eastern Tractor’.

Partner in the project was Skoda of Pilsen, reawakening an important First World War relationship. On 2 February Porsche and Rabe hosted a day-long discussion in Zuffenhausen with an 11-man delegation from the Czech company led by veteran design engineer and director Emil Řezníček. Skoda would produce the huge 9-ton vehicles to Porsche’s designs.

Spaced on a 118.1-inch wheelbase, the same as that of the M 17, at just under 5ft in diameter the steel wheels of the Type 175 were even larger than those of its First World War counterpart. While small cleats were integral with the wheels, larger ones and ice studs were stowed on board to be attached when required. The use of steel was a direct response to the shortage of rubber, tyres of such size consuming far too much of this scarce resource.

Another shortage was of lead, for which the batteries in the submarines of Admiral Karl Dönitz had absolute priority. Accordingly Porsche and Rabe provided a small crank-started VW-based parallel-twin engine to start the main four-cylinder unit. The latter was a long-stroke four of 6.0 litres with overhead valves and air cooling by a blower driven from the nose of the crankshaft. Reached at a modest 2,000rpm, its peak output was 80bhp. A five-speed gearbox translated this into 11,000lb of pulling power, implemented when required by a chassis-mounted winch. 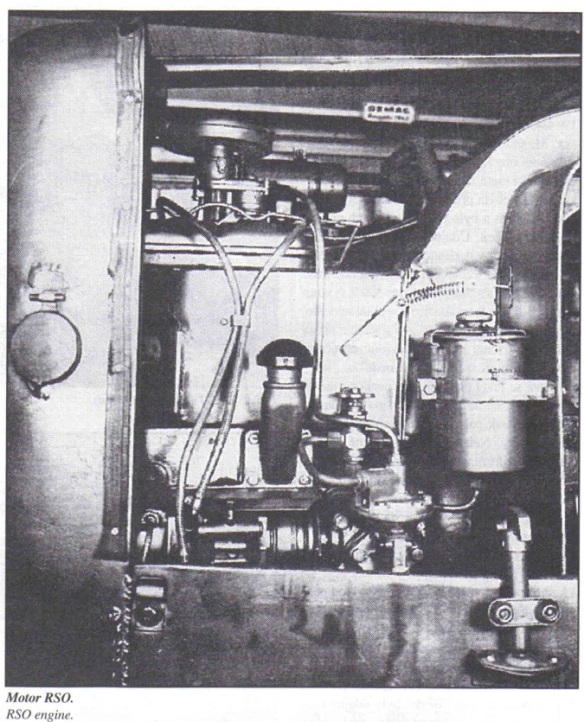