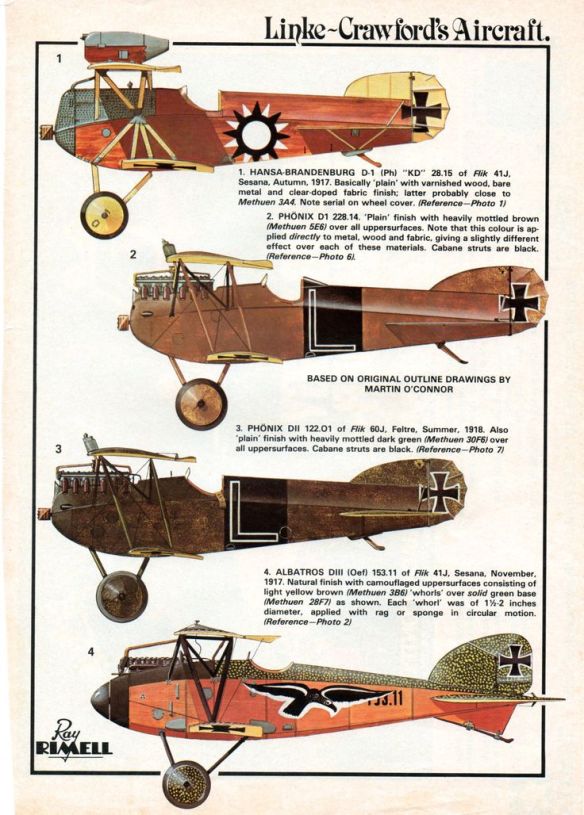 The small Austro-Hungarian air arm worked to capacity on the far-flung fronts. On the Western Front one unit patrolled 8 kilometers of territory, on the eastern front a unit patrolled 32 kilometers of war zone, and a unit in the Balkans monitored 70 kilometers of front. In Macedonia a four-plane Fokker unit was responsible for 200 kilometers of war front. On the Eastern and Balkan Fronts, supply was particularly difficult. In the Balkans aviators contended with mountains and disease; on the Southwestern Front in Italy they confronted mountains and violent storms. By the end of 1916, with Serbia defeated and Russia and Rumania collapsing, the Southwestern Front against Italy on the Isonzo River became the main emphasis of Austria-Hungary’s air arm and army.

The air arm continued to expand slowly. At the beginning of 1916 the army was 22 flight companies short of Conrad von Hötzendorff’s prewar goal of 40 by early 1916. Soon the army raised its goal to 48 companies and managed to have 44 of at most eight planes each by the year’s end.

Austro-Hungarian naval aviators were increasingly engaged on the Italian Front. Italian Capronis could not reach the 420 kilometers to Vienna from the Isonzo River, but escorted by Nieuports they could and did bomb Pola, Trieste, Fiume, and Cattaro. Naval aviators had to defend against these raids, fly reconnaissance and bombing missions against ships, submarines, and harbors, and escort cruiser sorties against the Otranto blockade. They also attacked troop assembly points and supply dumps on the Isonzo battlefield starting in March 1916.

Austria-Hungary’s included army aces Capt. Godwin Brumowski, who became a pilot in July 1916 and commanded a fighter unit on the Italian Front, and Sgt. Julius Arigi, a noncommissioned officer pilot who began his career in 1916 as a two-seater Brandenburg C1 pilot stationed in Albania. There Sergeant Arigi and his observer intercepted six Italian Farmans and shot down five in a 30-minute fight on 22 August. Gottfried Banfield, who had been in aerial combat since July 1915, commanded the naval air station at Trieste from February 1916 until the war’s end. Flying Lohner boats, and ultimately the Brandenburg CC boat, he continued to down enemy aircraft despite the Allies’ increasing aerial supremacy on the Southwestern Front.

As the Italian war effort put more pressure on Austria-Hungary’s limited aviation resources, the army and navy sought to increase their forces. On 22 January a high command committee of representatives from the General Staff, War Ministry, and the aviation troops command met to set guidelines for aircraft procurement. The navy was allowed to dispense a total of 264 aircraft contracts among four Austrian firms, while the army could rely on domestic factories and Hansa-Brandenburg. These guidelines presumed a tremendous increase in production during 1916 over the 281 airplanes produced domestically in 1915, yet raw-material and skilled-worker shortages meant that the industry was not likely to perform much better in 1916.

The skilled-labor shortage was one of the most severe impediments to production, and the air department and the industry only narrowly averted disaster by preventing the War Ministry from inducting exempted personnel born between 1878 and 1897. In response to requests for 5,126 skilled workers in 1916, the aviation department received 2,857, and even then the industry was receiving primarily woodworkers when it urgently needed metalworkers. Despite these problems, the industry produced 807 aircraft in 1916, a substantial improvement over the 281 produced in 1915, while by January 1917 the firms employed nearly 6,000 workers, a tremendous increase from the 200 to 300 in August 1914. This growth, however, did not keep pace with the escalating air war.

To compensate for these deficiencies, in April 1916 the army high command established an aircraft acceptance section under its plenipotentiary in Berlin. As this procurement bureaucracy was formalized, the German armed forces’ increasing demand for aircraft reduced its exports to Austria-Hungary from 186 in 1915 to 95 in 1916. Camillo Castiglioni’s connection to Germany consequently became more important for procurement than official military channels, as his three companies—the German parent firm, Hansa-Brandenburg, and its licensed producers, Austrian Albatros and the Hungarian Aircraft Works—became the primary channel for the flow of German aircraft technology to Austria-Hungary.

After spring 1916 the Austro-Hungarian air arm relied primarily on the Castiglioni conglomerate. The Brandenburg C1 was the army’s standard reconnaissance plane from spring 1916 to the war’s end, while the D1 was the mainstay of the fighter force from fall 1916 until mid-1917, despite its early reputation as a Sarg, or coffin. The navy relied on the Brandenburg CC flying boat fighter and the large bomber-reconnaissance K-boat in 1916 and 1917. As alternatives the navy had only a few Lohner L-boats; the army possessed Lloyd and Aviatik products.

When the conglomerate attempted to capitalize on this dependence by raising prices, the navy accepted a price increase from 38,000 to 60,000 crowns in July 1916, while the army permitted only minuscule increases, thus allowing little or no profit on its planes. These disparate responses exacerbated the interservice rivalry, as Brandenburg attempted to cancel its army contracts to tend to the more lucrative naval offers. After lengthy disputes, the Austrian High Command merely confirmed its adherence to the 1916 norms granting the army all of Brandenburg’s production, which made little difference, since in 1917 and 1918 the German navy would monopolize Brandenburg’s production and the Austro-Hungarian forces would buy only from its subsidiaries.

Skilled-labor and material shortages also impeded engine production in the dual monarchy. Stoppages in deliveries of Austro-Daimler and Warchalowky Hiero engines resulted from copper, tin, and nickel shortages. When Austro-Daimler chief Ferdinand Porsche developed a 250-hp 12-cylinder V engine and a 360-hp six-cylinder engine in 1916, a license had to be negotiated with the Rapp engine works in Munich in November 1916 to build the engine for naval K-boats.