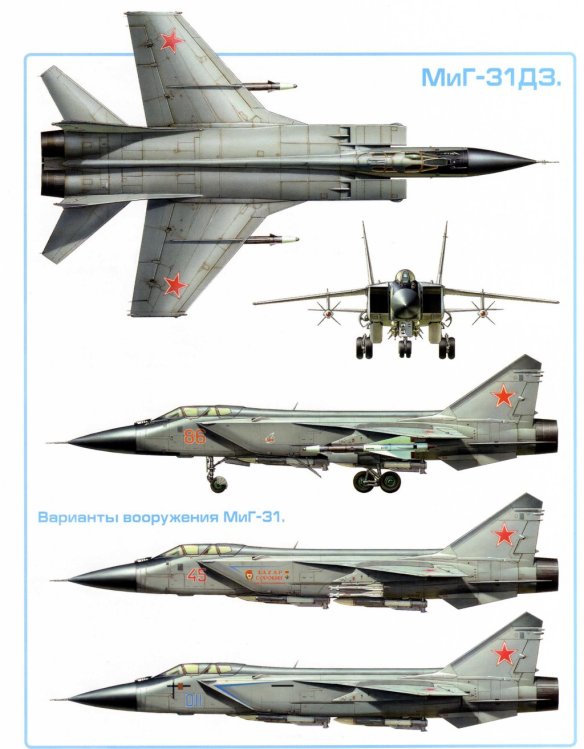 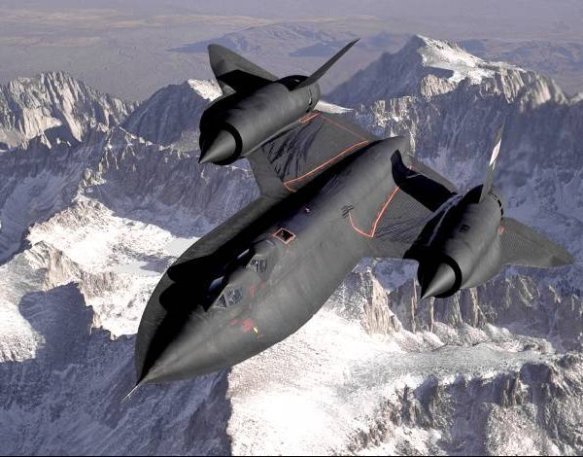 SR-71 Blackbird (two-seated training version in the photo) – one of the most amazing aircraft ever built and real engineering wonder that came out Skunk Works facilities under brilliant lead of Clarence “Kelly” Johnson. Predominance as strategic level reconnaissance airplane, among others, realized through high-altitude and Mach 3+ flying. (Photo: US Air Force)

Despite the fact that Blackbird was not seriously endangered by the Soviet air defense, thanks to its flight speed and high-altitude operations, SR-71 operated outside the Soviet borders. A typical mission consisted of flight near the Soviet border and collecting data from deep inside the adversary’s airspace thanks to high-tech radar, optical and sensor equipment installed onboard SR-71. Although details about the installed equipment never went into public, there are official claims by the US Air Force that SR-71 could cover in one hour the ground area of 260,000 km2. In order to secure the longest possible flight range, soon after being airborne SR-71 would go for air refueling. After returning from the zone of action one more refueling would be performed; all in favor to prolong the time of being airborne. During the mission the flight speed of SR-71 was limited to Mach 3.2 although the airplane could reach even higher speeds. Its predecessor, A-12, could develop top flight speed of Mach 3.56 and the operational ceiling of more than 27,400 meters. Although the flight speed and altitude granted safe operation, unobstructed from the enemy’s air defense, the interception of SR-71 was tried out many times, but without real success. Still, optimally deployed Soviet anti-aircraft missile systems or MiG-25 interceptors posed some threat. With introduction of Soviet MiG-31 Foxhound interceptors, this threat became truly realistic.

The American projects of different types of Mach 3 airplanes, triggered reaction on the other side of the Iron curtain. Soviet attention was focused on US B-70 and SR-71 projects. Both types of airplanes had their first flights in the first half of 1960s. Although B-70 remained at prototype level, the Soviet answer in the form of Mach 3 interceptor went into full scale serial production and was widely introduced into operational units. Soviet MiG-25 was a sober answer, in accordance with the doctrine and capacity of the Soviet aviation industry and as a result of arms race between the West and the East. The question of this race was who could build faster and higher flying airplane.

The first prototyped MiG-25 took off in 1964, and it was introduced into operational service in 1970. At that moment MiG-25 was unreachable regarding flight speed and operational ceiling to any western fighter or interceptor airplane. MiG-25 reflected practical simplicity. To be able to withstand thermal stress caused by high speed aerodynamic heating, the airplane, including wing spars and fuselage frames, was mostly made of stainless steel. The robust structure of MiG-25 was reliable and easy for maintenance.

The use of titanium instead of stainless steel was also an option, but this option was abandoned because of high price and unsolved problems related to material processing. The problem of the cracks inside welds of thin-shell titanium structures presented unsolvable issue. Finally it was decided that the main materials would be different steel alloys that would constitute 80% of the MiG-25 structure. 11% of structure would be made of aluminum and 9% out of titanium. Two powerful turbojet engines provided enough thrust; so theoretically, MiG-25 could reach the flight speed of Mach 3.2 at an altitude of 27 kilometers. However, the operational flight speed was limited to Mach 2.8 considering that at flight speeds higher than that the engine turbines tended to overheat, resulting in possibly damaging engines beyond repair.

MiG-25 was definitely for the West one of the greatest Cold War enigma. High flight speed was one of the NATO concerns, although, in reality, MiG-25 could hardly compromise the mission of, for example SR-71, first of all because of poorer avionics and also not being able to keep continuous flight speed above Mach 3. Inaccurate intelligence triggered general opinion in the West that MiG-25 was actually a highly maneuverable fighter airplane, instead of interceptor. The large wing surface was wrongly interpreted; as a matter of fact, MiG-25 needed big lifting surface because of maximum take-off weight (it was made of steel!) of more than 35 tons. The American response to wrong intelligence data was the initiation of a new program which would result in one of the best fighter-interceptors of the Cold War and the post Cold War era – it was McDonnell Douglas F-15 Eagle.

The shroud of secrecy around MiG-25 was removed in 1976. On September 6, Viktor Belenko, a Soviet Air Defense pilot, defected with his MiG-25P to the Japanese airport Hakodate. The airplane was practically newly produced and gave the Americans a chance to take a close look for the first time into the modern Soviet aerospace technology. The airplane was built around two massive and powerful Tumansky R-15(B) turbojet engines, each rated at more than 10 tons of thrust. Welding was partially manual and rivet heads were not flushed in the areas where this could not influence the aerodynamic drag. The airplane structure was mainly made of nickel steel and not of titanium as it was largely assumed in the West. The airplane g-load was limited to 4.5 g and the combat radius was just 300 kilometers. The scale of airspeed indicator was marked red at Mach 2.8 and the typical interception speed was at Mach 2.5; all in favor of extending the lifetime of engines. The majority of onboard avionics was based on vacuum tube technology. Although vacuum tube technology was obsolete it proved to be very tolerant to peak temperatures developing at Mach 3+ airspeeds. Other than that, vacuum pipes were much easier to maintain, from the Soviet standpoint, and they were resistant to electromagnetic pulse, for example after nuclear explosion. After 67 days of detailed analysis the Americans returned to the Soviets Belenko’s MiG-25; in pieces of course.

Although the results of MiG-25 technical analysis proved that the Soviet aerospace industry was behind that of the Americans, this fact could be deceiving. One must not forget that the philosophy of the Soviet war strategists, since World War II, was based on massive military production of reliable and easy-to-maintain systems, scarifying at the same time their sophistication. Through that context, the legendary MiG-25 should be observed. Until 1976, the Soviet Air Defense Forces (Russian: Aviatsiya PVO – Protivo–Vozdushnoy Oborony) had in its inventory more than 400 MiG-25 interceptors. In interception missions the Soviet interceptors relied heavily on their ground control. Guided by directions and parameters from the ground control, the task of the pilot was to take off as soon as possible, intercept an enemy’s airplane and shoot it down. For this kind of mission performances of MiG-25, like flight speed, operational ceiling and maybe most important the rate of climb, were more than satisfying.

In 1982, MiG-31 was introduced in operational service of Soviet Air Defense, conceived on the good bases of MiG-25. MiG-31 was characterized by properties which presented an upgrade of MiG-25. MiG-31 could fly supersonically at low altitudes, didn’t have to rely so much on ground control during interception missions, could engage several targets above and below owing to its look up and look down/shoot radar, and had bigger combat radius. The highest airspeed, much like in MiG-25, was limited in operational use at Mach 2.83, although engines had enough power to accelerate an airplane to Mach 3+. Initially, MiG-31 had two D30-F6 turbofan engines, each rated at 15.5 tons of static thrust using afterburner. It has to be noted that MiG-31 had maximum take-off weight of more than 46 tons, which puts it on the first place of the list of the heaviest interceptors in the world.

Designers of MiG testing and designing office soon realized that the performances of their MiG-25 were promising the setting of a whole range of airplane records, under the supervision of the International Aeronautical Federation. With that idea in mind, three specially designed prototype airplanes – Ye-155P1, Ye-155R1 and Ye-155R3 were prepared. The structures of prototypes were made lighter by removing, for the occasion, unnecessary equipment.

On July 25, 1973, Fedotov reached the altitude of 35,230 meters with 1,000 kilos payload, and 36,240 meters with no payload. In the highest point of flight trajectory the airspeed of the airplane dropped to only 75 km/h. A few years later, on August 31, 1977, Fedotov set the absolute altitude record for turbojet-powered airplanes, reaching the altitude of 37,650 meters.

Overall, MiG-25 prototyped and prepared record breaking airplanes set 29 records, out of which 7 were absolute world flight speed, altitude and climbing records. Some of those still stand today.