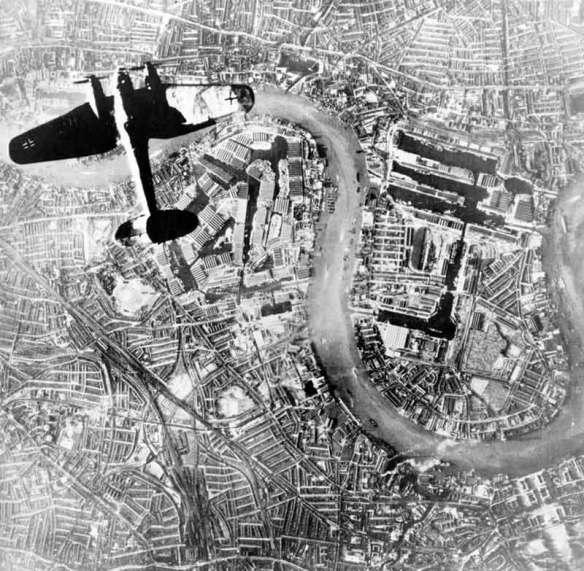 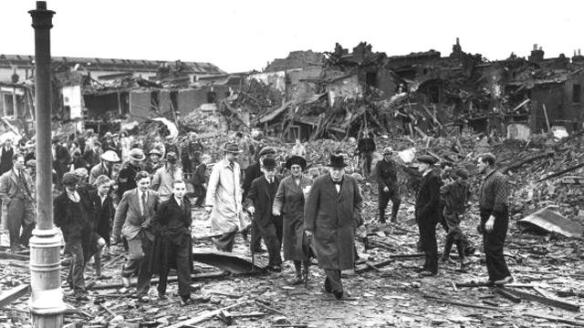 As the political centre for Great Britain and the British Empire, London was a prominent target for Germany after the declaration of war in September 1939. London was a large and populous city, with the Greater London region home to approximately eight million people. Consequently, there was a high risk for considerable destruction of infrastructure and loss of human life. The eventual effect of World War II proved less costly in human fatalities than the wider societal transformations engendered by daily efforts to survive the war. However, the war also brought about large-scale physical destruction, which helped to foster the regeneration of London as a city.

One of the central features of the war for London was the Blitz, the bombing campaign by the German Luftwaffe in 1940 and 1941. The Blitz began in September 1940, approximately one year after a period of relative calm known as the “phony war.” The purpose of the Blitz was to demoralize the population and make London vulnerable to a German invasion. Hitler also hoped that it would destroy much of the Royal Air Force (RAF), the main defensive shield for London.

An immediate effect of the Blitz and subsequent attacks was the spatial transformation of the city. The Blitz of 1940–1941 as well as the “Little Blitz” of 1944 and the V1 (pilot-less planes known as “Doodlebugs”) and V2 rocket attacks of 1944–1945 destroyed large parts of London. The first bombing campaign targeted the docks and factories in East London in 1940, and the area was to continue to receive the brunt of the aerial assaults on the city. In addition, the initial Blitz and later V1 and V2 attacks targeted many civilian areas in the city, including central London. Millions of homes in greater London were damaged or destroyed between 1940–1945.

To demoralize Londoners, the Luftwaffe also bombed important national symbols. German planes damaged or destroyed Buckingham Palace, the Houses of Parliament, and banks and vital institutions in the city of London—the financial centre. Indeed, one attack on the city of London on the night of December 29, 1940, caused fires and widespread destruction. Many churches designed by the famous architect Christopher Wren after the Great Fire of 1666 were themselves destroyed by fire that night. However, St. Paul’s Cathedral, perhaps the most famous Wren church and a symbol of religion and politics in Britain, miraculously survived the war, although it was deliberately targeted in various bombing missions. With one-third of all buildings in the city of London and nearly all the buildings around St. Paul’s destroyed or damaged beyond repair, the Cathedral’s survival helped raise the morale of Londoners, who rallied around it as a symbol of resistance.

Before the war began, political leaders feared that tens of thousands could die weekly from German attacks. Thus, officials evacuated many women and children in September 1939, although most people continued to live in the city. The total number of casualties due to raids on London during the war was significant; approximately eighty thousand were killed or seriously injured. Yet these numbers were far less than the original estimates before the war. One of the main reasons for the lower number of casualties was the ability of Londoners to mobilize defences for the attacks. Families with yards installed corrugated steel Anderson shelters outside, three feet below ground. The many Londoners without yards relied on the Morrison shelter, a steel box used within their house or flat. People sought shelter under railway arches or in basements. Some people also slept in public shelters, and many chose to sleep in stations of London’s Underground. However, these experiences also proved difficult. Although several Underground stations eventually were equipped with beds, many people had to bring their own bedding or sleep on concrete, platforms often became overcrowded, and there were constant problems with sanitation due to the lack of washing facilities.

The large-scale destruction also created enormous social problems. The war proved dislocating to Londoners, as many people lost their homes, pre-war lifestyles, and jobs due to the destruction of factories and businesses. Hundreds of thousands of people became homeless after the first months of the Blitz alone. Transport was difficult, especially at night due to the blackout imposed on the streets to prevent German planes from finding targets and the bombing of rail and Underground tracks. Societal behaviour changed, including norms regarding the roles of men and women. Food, clothes, supplies, and even paper were all rationed. The government created rest centres for those who lost housing and improvised social services. However, such services could hardly deal with the various social problems associated with the war.

Londoners attempted to maintain some sort of normalcy to minimize the effects of the war. Although some Londoners left the city during the war, those who remained sought out entertainment and other pleasures to ease their troubles and raise morale. For example, people attended the theatre in London’s West End (although theatres were initially closed in 1939 out of fear of attack) or went to restaurants if they could afford such luxuries. Films were popular when cinemas reopened to the public, and music performances, literature gatherings, and pubs also offered valuable escapes.

The responses to the war helped foster long-term societal transformations as well. Although social distinctions, especially class, did not disappear, and the wealthy could afford more comforts and pleasures, many Londoners understood the need to unite for survival. Thus, the war encouraged a new spirit of community as all groups contributed to the war effort, and the need to ration supplies and food promoted a greater sense of equality. East London, a traditionally working-class area, received some of the worst bomb damage. However, the Germans eventually targeted wealthier areas in central London. In addition, the King and Queen often made appearances in East London to show solidarity and support. When Buckingham Palace eventually was attacked, Elizabeth, the wife of King George, famously stated that she could finally, “look the East End in the face.” Many Londoners also joined the Home Guard, a civilian force that sought to defend London from a possible invasion. Overall, wartime circumstances challenged ideas of social status and mobility, and women entered the workforce in large numbers. An important exception was the treatment of foreigners. Italians and Germans (including Jewish immigrants and refugees) faced various difficulties, including discrimination and violence.

Londoners remained defiant throughout the war, although the psychological effect was nonetheless momentous. With many dead or injured people, and with large numbers of buildings and houses destroyed, entire generations never forgot their war experiences. “The War,” as those still alive refer to that time, helped to redefine their physical, intellectual, and emotional space. London was rebuilt within a new modernist framework, as city planners took advantage of the need to develop new housing and reorganize the city’s infrastructure. People were ready to explore new opportunities, and established social hierarchies began to appear outdated.