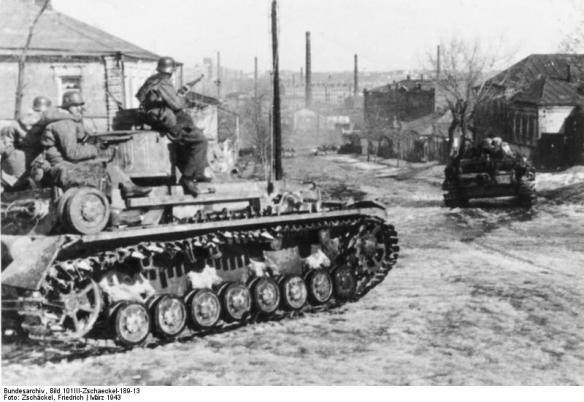 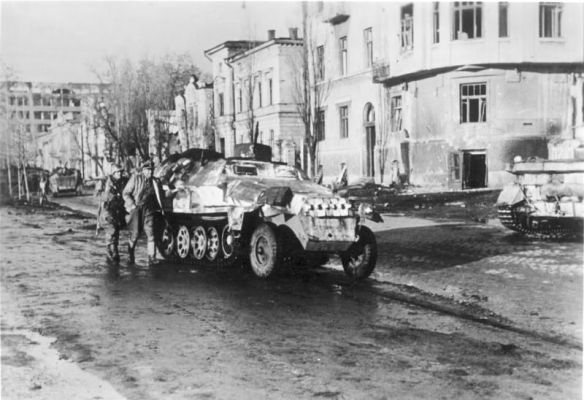 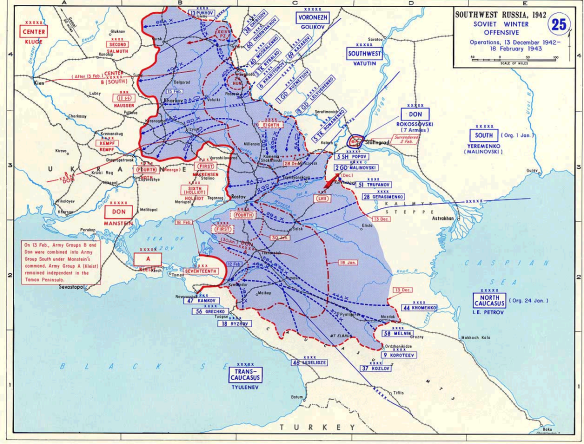 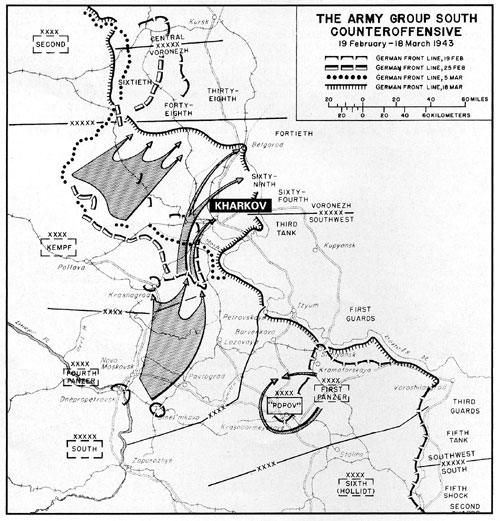 At the head of a redesignated Army Group South in February 1943, Manstein broke into the Soviet flank when Joseph Stalin pressed the Stavka into an overextended reach for a line along the Dnieper. Manstein counterattacked and drove large Red Army formations back to a branch of the Donets. In mid-March 1943, he retook Kharkov and Belgorod. He was not permitted further gains because of logistical demands of the larger German build-up leading to ZITADELLE later that summer and because the Wehrmacht was overextended along the entire Eastern Front.

The Stavka hoped to use large Soviet Fronts freed by the German surrender at Stalingrad to destroy Army Group Center in a great pincer movement, and thereby split the Eastern Front in half. Tank and infantry armies from the Stavka reserve were added to Central Front under Marshal Konstantin Rokossovsky; other armies were shipped north by rail from Stalingrad. The operation was delayed over two weeks by transport and logistics problems. Before Rokossovsky launched the main attack, Soviet forces in the Donbas were already reeling backward from Field Marshal Erich von Manstein’s brilliantly executed counterattack. An assault by Western Front under General Ivan Bagramian also failed. Rokossovsky attacked anyway and enjoyed early success. However, reinforcements from Stalingrad were slow to arrive. Worse, Manstein destroyed Voronezh Front outside Kharkov, drawing reinforcements away from Rokossovsky. Meanwhile, German abandonment of the Rzhev balcony farther south freed two armies to bite into Rokossovsky’s exposed flank. On March 7 Rokossovsky redirected his offensive against the less ambitious target of the Orel salient, but even that reduced effort was stalled by tough resistance. From March 23 Rokossovsky pulled back into defensive positions to consolidate his exposed flanks. These positions subsequently formed the north and center of the Soviet lines defended that summer at Kursk. Even participants later confessed that the operation was a huge error, from conception to execution. Rokossovsky said of it: “Appetites prevailed over possibilities.”

A major Soviet intelligence failure led to the conclusion that the Wehrmacht lacked reserves and was withdrawing behind the Dnieper River. In fact, three elite Waffen-SS Panzer divisions had been brought east from France. Field Marshal Erich von Manstein unexpectedly counterattacked toward Kharkov on February 19. Well-supported by the Luftwaffe, he drove elements of two Panzerarmee, the 1st and 4th, into the flanks of advancing Soviet spearheads. “Special Group Popov” was quickly surrounded and wiped out while another pincer was blunted before it could reach the Dnieper. SS 2nd Panzer Corps retook Kharkov on March 14; the city had fallen to the Red Army on February 16. Voronezh Front was propelled backwards to Belgorod, then held. Manstein’s mobile successes were later much admired, not least by himself, and upheld as models of skilled operational art. His maneuvers certainly interrupted and contributed to the failure of two Soviet offensive operations, one in the high north and the other reaching for the Dnieper: STAR and GALLOP. Manstein also bled four more Soviet armies, while his counteroffensive straitened part of the German line and recovered a previously broken southern position. However, the main factor in the Soviet defeat was that Stalin and the Stavka simultaneously conducted too many large operations too far forward of bases just established during the Stalingrad campaign. In short, the Soviets overreached in early 1943 following their victory at Stalingrad, as they had also done in January 1942, upon winning in front of Moscow. By rushing forward more reserves to stop Manstein’s counteroffensive, a large bulge was created in the line around the junction town of Kursk. That fact invited the Wehrmacht to attack later in the year, in the overly ambitious Operation ZITADELLE. The Third Battle of Kharkov thus set the stage for the greater Battle of Kursk in midsummer, which was followed by the even more decisive Soviet counteroffensives KUTUZOV and RUMIANTSEV.

A failed Red Army offensive operation that endeavored to dash ahead to seize several crossings over the Mius River then drive hard for the Sea of Azov, while a second Soviet pincer reached and bounced the Dnieper. The gallop for the Mius was undertaken by “Special Group Popov,” a task force comprising several tank corps and mobile infantry divisions. The Dnieper pincer was composed of 1st Guards Army and the armies of 6th Front. All these formations were combat weary and at the end of stretched lines of resupply and communication. There were few reserves because Operation POLAR STAR and the Orel-Briansk offensive operation were launched around the same time. Worse for the attackers, Soviet intelligence failed to perceive a Wehrmacht build-up of Panzer reserves in the area. GALLOP failed when the Red Army was caught off guard as hidden Panzers unexpectedly counterattacked, beginning the Third Battle of Kharkov on February 19. Most of Special Group Popov was encircled and wiped out. Elsewhere, 4th Panzer Army blunted the other Soviet pincer as it stretched for the Dnieper crossings.