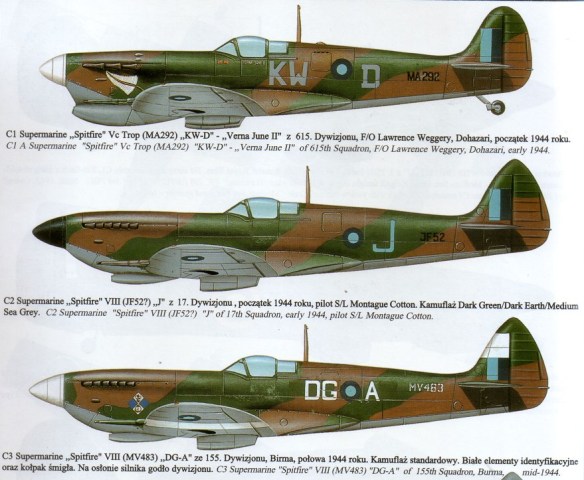 Mutaguchi’s carefully planned attacks in February and March 1944 achieved remarkable early success. The attack in the Arakan – code-name Ha Go – which started on 3 February, took the British by surprise and, because of the Japanese impetus, forced Slim to move his reserve divisions into the Arakan – exactly as Mutaguchi wanted him to do. Keeping to his preplanned timetable, Mutaguchi then dispatched 33rd Division on their encircling move to by-pass Tiddim and cut off 17th Indian Division at the southern bastion of the Imphal defences. Here again Mutaguchi’s plans succeeded, and Slim had to use 23rd Indian Division – his reserve division in Imphal – to come to the rescue of 17th Division as it struggled back up the road to Imphal. On the northern wing of the Japanese attack, 31st Division under General Sato made rapid progress towards Kohima, so that by 17 March 1944 Mutaguchi’s hopes of overrunning Imphal and Kohima, and advancing on the rail and supply centre at Dimapur, appeared to be going like clockwork. He had high hopes that from Dimapur his victorious forces, using the large supply of weapons, ammunition and food he knew had been built up there, would be able to make a victorious `March on Delhi’. With him would march Subhas Chandra Bose and the Indian National Army, whom the down-trodden peoples of Bengal, who had already risen against the British, would enthusiastically support. Such a scenario appeared quite feasible.

In contrast to the clear and carefully devised plans of the Japanese, British strategic thinking seemed to be muddled. By February 1944 there had been a large build-up of roads, airstrips, camps, and hospitals, together with stores of weapons, ammunition and food at Imphal, Kohima and Dimapur, ready to support an advance across the Chindwin. Subsidiary bases had been established at Moreh, Kanglatongbi and elsewhere. From Intelligence reports Slim and Scoones (IV Corps Commander in Imphal) realized that the Japanese were preparing to advance westwards over the Chindwin. From information in captured documents Slim estimated that the major offensive would start on or about 15 March, but expected the main attack to be launched against Imphal. He made a serious mistake, which he openly admitted, in expecting that only one Japanese regiment – the equivalent of a British brigade – would make the attack on Kohima and Dimapur. At the same time, he realized that if the Japanese made a serious attack, both 17th and 20th Divisions were too spread out and were dangerously exposed. He considered that he had three possibilities: to attack the Japanese before they attacked him; to fight on the line of the Chindwin; or to let the Japanese advance across the Chindwin towards Imphal, and then fight the main battle at Imphal where Fourteenth Army would have the advantage.

On 13 March, when Imphal, Kohima and Dimapur were in peril from Mutaguchi’s assault, Mountbatten and Slim had a crucial meeting with Air Marshal Baldwin who commanded Third Tactical Air Force. In view of the crisis in Imphal, Baldwin and Slim supported Mountbatten who, far exceeding his authority, transferred 30 Dakotas from The Hump forces, in order to fly 5th Indian Division from the Arakan to bring reinforcement to the defences of Imphal.

Troop Carrier Command, which had been heavily involved in the Arakan campaign, then carried out the operation in which, from a base near Chittagong, an entire infantry division, with all their men, guns, vehicles, equipment and mules, without any prior practice, were bundled into Dakotas and flown off to Imphal, to face the enemy almost as soon as they disembarked. The airlift started on 17 March and by the 27th two brigades had reached Imphal and a third had reached Dimapur. No. 194 Squadron of Dakotas, which had just completed the fly-in of the Chindit’s Operation Thursday, flew three sorties a day from Chittagong to Imphal to transport 5th Indian Division. This operation, which saved both Imphal and Kohima, has been described by the historian of the Air battle of Imphal, N. L. R. Franks:

We are going to see the eighth wonder of the world tonight. The Daks are going to bring in the 5th Division by air. These Daks were stacked up one behind the other, quarter of a mile apart, touching down and those with troops were simply taxiing along and the soldiers rolling out and then the Dak was straight off again. Then the others came in on the other side of the runway with mules, guns, etc. A half-hour before dawn the larger part of the division was in Imphal. It was the most magnificent piece of air transport I have ever seen. The logistics were unbelievable. They were literally coming in, rolling along and then taking off again back to Chittagong.

At this juncture there is no doubt that without the determined actions of the crews and ground staffs of the RAF and USAAF the battles of Imphal and Kohima would have been lost, and Dimapur would have fallen.

From 27 March onwards, the troops at Imphal and Kohima relied on the tireless determination of the pilots and ground crew with their Dakotas. Later, Mountbatten, who as Supreme Commander of South East Asia Command (SEAC) had his own private Dakota, said that if one piece of equipment more than any other could be said to have won the Burma War, it was the Dakota. The crisis at Imphal and Kohima, eased by the arrival of 5th Indian Division, continued into April, but by then Slim began to feel more confident because, under the wings of the air forces, reinforcements were flowing in.